Hours before hundreds of passengers disembarked the Ruby Princess on March 19, the two departments responsible for co-ordinating human biosecurity were not even communicating, an inquiry has found.

The findings from the inquiry – released late on Friday – found that NSW Health and the Commonwealth department only exchanged a handful of text messages that morning, reiterating there was “no concern” over the “low risk” of reported illness among passengers.

A short time later, about 2,600 passengers disembarked, with several returning home, interstate or overseas, becoming human channels for the rapid spread of coronavirus.

The inquiry found that while NSW Health had been assessing cruise ship arrivals from February, by March communication with Department of Agriculture, Water and Environment (DAWE) had “ceased”. Each department believed the other had taken over passenger health assessments, according to the report.

The Ruby Princess report was handed down on Friday, with the inquiry uncovering a number of “serious errors” and most of the criticism falling on NSW Health.

The inquiry was looking into why all 2700 Ruby Princess passengers were allowed to disembark from the ship on March 19, despite 120 of them showing flu-like symptoms by the time the boat arrived in Sydney.

The ship has since been linked to more than 900 coronavirus infections across the globe and 22 Australian deaths.

While the pandemic was in its early stages in Australia, the inquiry found there were still a number of “material” errors made by NSW Health’s expert panel, which did the risk assessment of the ship and allowed everyone to disembark.

The report, commissioned by the NSW government, found that all passengers should’ve been tested for coronavirus before leaving the ship after a number of people showed symptoms.

“NSW Health should have ensured that cruise ships were aware of the change to the definition of a ‘suspect case’ for COVID-19 made on March 10,” the report read.

“This would have resulted in the identification of such cases on the Ruby Princess.

“101 persons fell within the suspect case definition by 18 March, and 120 by the time the ship docked.

“NSW Health should also have ensured that such persons were isolated in cabins. These were serious mistakes by NSW Health.”

The inquiry also declared the delay in testing swabs from Ruby Princess passengers was “inexcusable”.

“The delay in obtaining test results for the swabs taken from the Ruby Princess on the morning of 19 March is inexcusable,” Commissioner Bret Walker SC said.

“Those swabs should have been tested immediately.”

A fact sheet handed to passengers on the day of their disembarkation, which did not ban them from interstate and international travel, was also a mistake, the inquiry found. 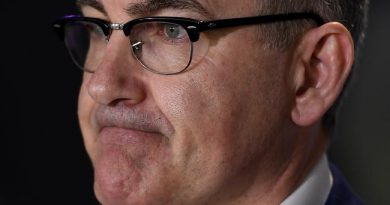 Who is Paul Scurrah? Inside the Virgin Australia CEO’s horror year 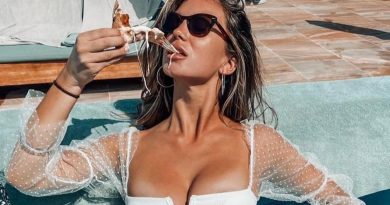