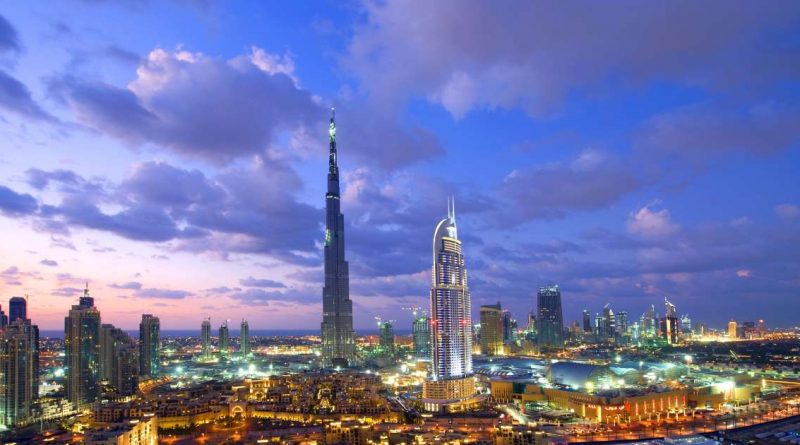 
Dubai suffers a great many afflictions, most of them involving superlatives. This city has the tallest building in the world, the hottest desert, the most ridiculous pudding (profiteroles covered in gold flakes, anyone? More on that later). I’ve got another to add to the list: its long-suffering reputation as a stopover city. Tourists stay for an average of three and a half nights, according to local newspaper The National – possibly without ever leaving the confines of some luxed-up five-star resort. Shame.

Since we’re in the age of slow travel, I wanted to stretch a week-long holiday to the United Arab Emirates’ glitziest city carpaccio-thin. This would be my sixth visit to Dubai, with most previous visits hovering around the 24 to 48 hour mark, usually before escaping via Emirates’ excellent terminal to Africa, Asia, or elsewhere in the Middle East. Dubai makes light work out of the “48 hours in” template beloved by newspapers, including this one.

Would there be enough to do for a week, I worried? Thankfully Dubai, throwing money at the big-ticket World Expo event in October, churns out a never-ending stream of tourist attractions, new restaurants, cafes, museums, bars… and even new land reclamation sites and weather patterns (cloud seeding, which makes fake rain) to keep even the most neophilic visitor happy. And the best thing about this city is that when you’re finished “doing”, there’s plenty of sitting (on beaches and next to hotel pools) to be done.

Here’s how to spend a week in Dubai…

Alserkal Avenue, in the industrial neighbourhood of Al Quoz, started life as a marble factory. But nothing stays still in Dubai for long, and its cathedral-like spaces were soon bought up by designers, art gallerists and community groups who wanted somewhere a little more bohemian than Dubai’s typical glassy real estate to work. The original marble factory has since been sensitively expanded with more units and today there’s an arthouse cinema, art installations, and a branch of hipster cafe Wild & the Moon that serves terrifying things like bulletproof coffee.

Other new-ish things include the Dubai Design District, a collection of blocky glass buildings across from the Burj Khalifa aimed at being an incubator for the Emirate’s hot, young design talent; and the Jameel Arts Centre in the still-developing Al Jaddaf waterfront, which wouldn’t look out of place in Los Angeles with its cactus-studded garden, white-washed walls and dreamy soundtrack from the outdoor speakers.


All good first-time tourists to Dubai should probably spend at least a morning sniffing around the spice and gold souks, although they’re not wildly authentic. The most engaging part of spending time in this section of Deira, one of the oldest sections of the city, is standing by the Dubai Creek, watching the wooden abra boats strung with red, green and white UAE flags heaving up and down the river.

Time to spend here: A morning

Talking of abras: a breezy 10-minute ride across the creek to the Bur Dubai neighbourhood brings you to Al Fahidi, home to the 18th-century styled Dubai Museum and a network of streets housing artful cafes and hotels in time-warped sand-coloured houses, some replete with original wind towers to keep them cool.

There’s the XVA Hotel, in a charmingly restored building, combining a cutting-edge (for Dubai) gallery and easy-breezy cafe space serving coffee and Arabic dishes; Make Art Cafe, which does much the same; and the popular Arabian Tea House. Anybody interested in a skin-deep understanding of Emirati culture should book a lunch at the Sheikh Mohammed Museum of Cultural Understanding, which hosts groups for Emirati food (tiny cups of bitter tea, chicken biryani, dough balls with sticky fig sauce) and conversations with locals.


Just across the road from Al Fahidi is Al Seef, the city’s newest heritage neighbourhood, which is all brushed stone buildings and possibly the prettiest Starbucks in the UAE: shaded by a wicker roof, overlooking Dubai Creek. Al Seef was empty during the day, but comes alive at night with locals –​ so I’m told.

Time to spend here: An afternoon

As a city sloshing with cash, there isn’t much you can’t get your hands on to scoff in Dubai. Over seven days I inhaled everything from tapas at contemporary Portuguese at rooftop tasca and Mediterranean-inspired fish dishes at beachside Rockfish to Indian plates at Ravi, usually after gargantuan hotel breakfast buffets each morning.

However, this slow travel diktat means eating through Dubai in the most immersive way possible. That means ditching the five-star, celebrity-chef-headed restaurants and instead sniffing out the best Indian street food, the best Egyptian pizza, or sitting curled up eating an Emirati meal with your fingers via one of Frying Pan Adventures’ food tours in the less-visited neighbourhoods of the city.

On a previous trip, I’d eaten my way around Deira, one of the oldest, most traditional districts of the city, with Stephanie from Frying Pan, finding Palestinian kunafe (a sweet Middle Eastern dessert made of cheese, honey and pastry) swoon-worthy shawarma and a family-run falafel joint. On this trip, getting the modern Dubai Metro to Deira to find one restaurant offering seven different types of kunafe was worth the half-hour journey.

Time to spend here: Frying Pan Adventure tours take five hours, either spread across a morning or an afternoon


Drive an hour-ish out of Dubai and the surroundings change entirely: high-rise turns to low, concrete and glass turns to sand. I’m spending the morning on Al Marmoon’s bedouin experience, which takes visitors back to a time when this was all Dubai was. A short 4×4 drive into the sand followed by a 20-minute trot in a camel caravan later and we arrive at a series of bedouin tents arranged around a man-made lake, with tourist-friendly henna painting, a falcon show and traditional Emirati dances and games.

Time to spend here: A morning

Or to really max out the desert experience, book a stay at Al Maha, a luxury camp buried in the middle of the Dubai Conservation Area, where curious gazelles and oryx fawn around the resort. Days are spent blissing out by your private infinity pool while nights are spent eating by candlelight overlooking the dunes and – on clear days – the Jabal Akhdar mountains of Oman.


We couldn’t not mention the beach. Dubai’s crown jewel remains its more-than-100-miles of clean, safe, white-sand beaches. Most hotels have their own private slice, complete with sunbeds, staff and drinks on tap; but, if not, top public beaches include Jumeirah Public Beach, where new entertainment complex La Mer is close enough for a lunch spot; and Marina Beach, which has easy access to the cafes, restaurants and laidback waterfront promenade of the marina.

You can’t spend a week in Dubai without ticking off some of its highlights.

First up is the Burj Khalifa. At almost 830m high, the world’s tallest building has eye-popping alfresco viewing platforms on levels 124, 148 and – for high rollers – a sleek lounge at level 125. Underneath the Burj is the Dubai Mall (the world’s biggest, naturally), stuffed with waterfalls, an aquarium, a souk and more than 1,300 shops.

Time to spend here: One hour up the Burj, one hour in the mall

© Provided by The Independent
The baffling Dubai Frame (Visit Dubai)


Opened at the start of 2018, the gold rectangle that is the Dubai Frame offers a new view over the city. Look out one side of the Frame and you seen downtown Dubai, all glass and angles; look out the other and there’s old Dubai, all low-slung beige buildings and grid-like streets. (And in between both sides is a glass floor, staring 150m straight down.) Right beneath the frame is genteel Zabeel Park, which, if you’re here on a Friday, hosts the Ripe Market: ideal if you want to find hipster accoutrements like crusty sourdough bread and handmade beard oil.

Time to spend here: One hour up the Frame, one hour in the park

Then there’s Atlantis, Dubai’s original OTT resort that wraps in a hotel, a mega waterpark with vertical drop flume and “The Lost Chambers” aquarium amid the usual shops, cafes and restaurants. The resort has just unveiled a spanking new beach club – White Beach – whose restaurant comes with the most preposterous dessert ever to be served in Dubai: profiteroles drizzled in 18-carat gold sauce. Does it get more Dubai than this?

Time to spend here: An afternoon

When you’ve maxed out downtown (the Burj Khalifa, the Mall) and Dubai’s old city and the beaches, the Dubai Marina is a slow-mo way to spend an afternoon. There’s the man-made marina, along which dhow boats chug gently, surrounded by a waterfront promenade that feels less enclosed than the rest of the city. For a lazy lunch, try Pier 7, a cylinder of restaurants set right by the water, most with outdoor seating. (My recommendation: Lebanese Abd el Wahab.) Nearby is Bluewaters Island, a just-opened land reclamation project complete with a giant Ferris wheel and illuminated trees. Get to it by crossing a skinny bridge from the marina.

Time to spend here: An afternoon, or come in the evening for dinner

Related Slideshow: 22 landmarks to see if you are in Dubai (Provided by Photo Services)

Mall of the Emirates

Unsurprisingly, there’s no shortage of first-class hotels in which to hole up in Dubai – with a stream of new openings over the past year (the W on the Palm, the Mandarin Oriental, the Waldorf Astoria), as well as established properties constantly updating their pools/restaurants/anything else worth chucking money at.

Jumeirah Al Naseem, part of the gargantuan Madinat Jumeirah hotel complex, is within the shadow of the (whisper it) seven-star, sail-shaped Burj al Arab. There’s a contemporary Arabian elegance to the rooms and suites, organised around the hotel’s sprawling pool complex, which has a dizzying array of pools for adults and families as well as hot tubs. This hotel has easy access to some pristine beach, and buggies are available to take guests between the other hotels within the complex, including Jumeirah Mina A’Salam and Jumeirah Al Qasr.


The newly opened Mandarin Oriental, on a prized section of Jumeirah Beach, has a couple of excellent in-house restaurants (Portuguese Tasca, plus Japanese steak house Netsu), a double-level spa and spacious suites decked out in pops of urban-in-feel green velvet. Its turquoise sunloungers and daybeds also spill out onto Jumeirah Beach.

Emirates flies to Dubai from £366 return. 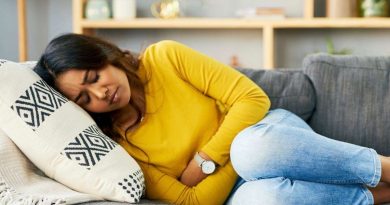 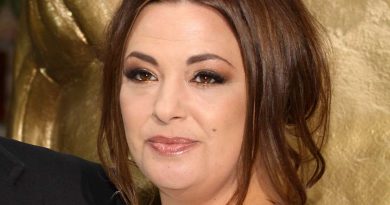 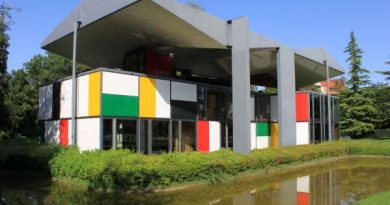 the best-designed travel destinations for 2020