In just a matter of hours those hoping to snap up a $200 Melbourne travel voucher will be able to apply online.

But they won’t be around for long if the state government’s previous travel voucher schemes are anything to go by.

When the regional travel vouchers were last available, allocations were exhausted within 30 minutes, and when the scheme first launched last year the website crashed.

Tourist Minister Martin Pakula said applications for the $200 vouchers for Victorians to visit and stay in Melbourne would open at 10am on Friday.

There will be 40,000 vouchers available valid for travel in an eight-week window from March 19 to May 16.

Successful applicants will be able to use their for travel in 26 local government areas across greater Melbourne.

But some of the most popular destinations – the Yarra Valley, Dandenong Ranges, Frankston and the Mornington Peninsula – have been excluded as they are part of the regional scheme.

Applications are open to Victorian residents aged 18 and older with households limited to one voucher from each of the Melbourne and regional travel voucher schemes.

More than 110,000 vouchers valued at $200 were snapped up in the first two rounds of the scheme, including 40,000 vouchers currently valid for travel up to April 1.

The state government said 52,000 travellers spent an estimated $85 million across Victoria under the first round of the regional scheme.

“These vouchers will deliver a significant boost to tourism operators and will mean even more people have the chance to experience the best of Melbourne,” Mr Foley said.

“Whether it’s a staycation or a visit from regional Victoria, there’s never been a better time to lose yourself in marvellous Melbourne.”

Registrations for another 50,000 vouchers available in the third round of the regional travel voucher scheme will open on March 30.

For more information on the Melbourne travel voucher scheme and to apply on Friday, go to vic.gov.au/melbourne-travel-voucher-scheme. 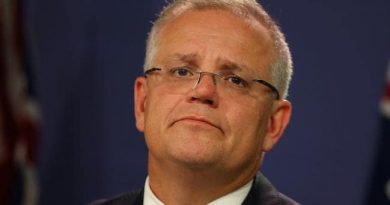