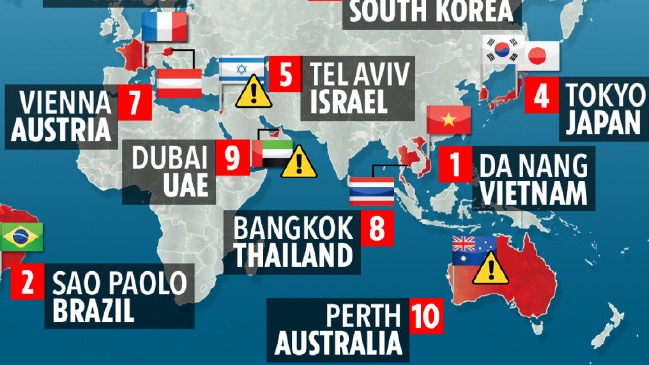 Google has revealed the top-10 trending holiday destinations for 2020 – although three have recently been issued travel warnings for tourists.

The list includes Israel and the UAE, which both face heightened risks following US-Iran tensions, and Australia, which is currently battling devastating bushfires.

Perth, in Western Australia, came in at number 10, however its travel warning comes at a time when tourism operators around the country are pleading with holiday-makers to still visit Australia.

On Wednesday, Prime Minister Scott Morrison echoed the call from tourism operators around the country, saying that Australia was very much open for business despite fires ravaging parts of the nation.

“Can I also offer a request on behalf of tourism operators that have been affected: If you booked accommodation and you’re now seeking a refund, can you cut them a break?” he said

“These businesses have been hit very hard and their cashflow positions are not going to be in a position where they’re going to be able to meet every request.

“I would particularly ask the international tourism trade industry to be mindful of that when they’re dealing with customers.”

Google’s list shows Perth as one of the top-trending destinations – but it came with a note the city is experiencing a travel warning for tourists because the country is battling the worst bushfires on record.

Foreighn tourists are being warned that “poor air quality” could lead to respiratory problems, while many areas and roads are closed following a State of Emergency.

Despite the warnings in the fire-ravaged regions of the country, Mr Morrison says other popular parts are still welcoming tourists.

“Australia is open,” he said on Wednesday. “Australia is still a wonderful place to come and bring your family and enjoy your holidays.

“Even here on Kangaroo Island, where a third of the island has obviously been decimated – two-thirds of it is open and ready for business.

“It’s important to keep the local economies vibrant at these times.”

Tel Aviv in Israel was one of the entries along with Dubai in the UAE to make the top 10.

But while both cities remain popular with tourists, the governments of both regions have issued warnings to Westerners as tensions escalate between the US and Iran, fearing a fallout could hit holiday-makers.

Iran has vowed to attack Israel and Dubai if the US retaliates against their missile strike, as the attack could force the Middle East to put pressure on the US to pull back.

Other, less problematic destinations on the list include Austria and France in Europe.

Thailand remains popular with tourists, while Japan is also included, most likely ahead of the 2020 Olympics. 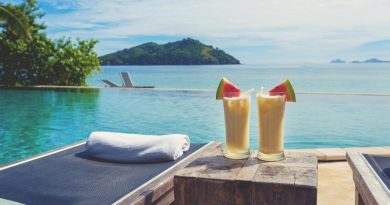 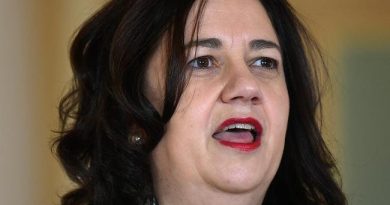