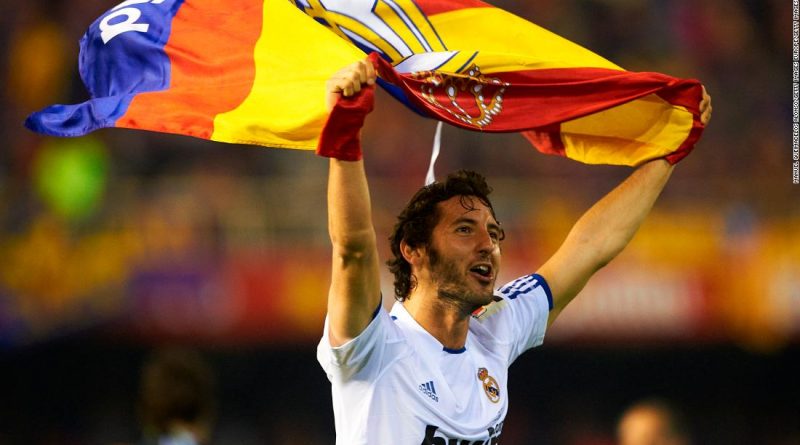 While Olocip normally provides predictive analysis in sport, it has recently been proving key to Spain’s attempts to minimize the impact of the coronavirus.

If Granero’s analytical mind has made him a joy to watch throughout his career as a metronomic midfielder, it’s something the Spaniard believes has helped his unlikely transition from player to AI entrepreneur.

“The key point is anticipation,” he says. “This is something that happens on the pitch for a midfielder, to try to anticipate what’s happening in the next play is so important.

“They’re the best at anticipating, they rule the game and artificial intelligence as we know it is about anticipation, trying to make predictions in order to see the future in a very realistic way before it happens, so you can make decisions in a scenario with less uncertainty.

“So anticipation is key for decision-making in clubs in the industry, but also in health problems like this pandemic — and, of course, inside the pitch when you are a football player.”

The 32-year-old, who currently plays for third division side Marbella, has dedicated almost every second of his free time over the last five years to developing his company.

Granero founded Olocip while playing for Real Sociedad to fill what he saw as a void of predictive data analysis in football; data that helps clubs, for example, to more accurately assess how a new signing will perform in the future.

However, since the start of the coronavirus pandemic, the company has shifted all of its resources from focusing on football to helping fight the rapidly spreading outbreak.

So highly regarded is the work that Olocip does — thanks largely to the work of Concha Bielza and Pedro Larranaga, who Granero describes as “two of the best artificial intelligence scientists in Europe” — that the Spanish government, as well as local government in each of Spain’s autonomous regions, have come to them for guidance.

Dr. Antonio Salmeron, a fellow data scientist and the Head of Mathematics at the University of Almeria, says Olocip’s models are valuable as they are not only built using data, but also incorporate knowledge from human experts.

“Remarkably, Olocip emphasizes prescriptive models, that is, they are not only capable of detecting potential problems, but also give indications for their treatment,” he told CNN. “Which is especially interesting in aspects of sports medicine.

“I have been following the progress made by Olocip since the beginning of the [coronavirus] crisis and they have adapted their models to predict the evolution of the disease, with good results — it has an excellent reputation in Spain, having first-rate scientists and data analysts.”

Olocip’s analysis has helped predict how the virus will spread across the country and which areas will be hit hardest, allowing decisions to be made on where to move resources “before the system collapses,” when to lift lockdown restrictions as well as being better prepared for future pandemics.

“I think our models are the best we can find about the pandemic,” Granero tells CNN from lockdown at his home in Marbella. “It’s already been used by institutions and we have been asked in different countries, not only in Spain, so we are happy to help.

“When a problem is so huge, a global problem, and it’s affecting old people and people with vulnerabilities, it’s your responsibility to do your best in the way you can to try to help, this is nothing heroic.

“I think the heroes are in the hospitals treating patients and risking their lives and we are just doing the best we can in order to make this prediction, that is our speciality.”

Light at the end of the tunnel

After being contacted by a friend who founded the ‘Stop Corona’ platform, Granero began focusing on the pandemic when Spain declared a state of emergency on March 13.

Though Spain has already passed the peak of its pandemic — Granero’s model says this was on April 4 — it has been one of the countries worst hit by the coronavirus outbreak.

Spain has recorded more than 232,000 confirmed cases, the fourth highest in the world, and 27,888 deaths. However, there is now light at the end of what has been a devastating tunnel.

After seven weeks of the strictest lockdown in Europe, restrictions were eased slightly at the start of the month as Spaniards were finally allowed outside for limited exercise.

Throughout this unprecedented, ever-evolving scenario, Olocip has provided all of its data analysis for free.

“It’s not always about profit,” Granero says. “We haven’t raised a penny with [helping] this problem, but we are very proud to have us helped in this way. Our models are available for anybody that needs them or thinks that this can help with the health of people.”

Spain was the second country in Europe, after Italy, to be severely impacted by the coronavirus, which Granero says made it more difficult to anticipate solutions.

While the UK and the the US have been among the countries worst affected by the pandemic, Germany and Canada are widely considered to be among those that have handled it best.

“Germany did a good job because they are very realistic with data,” Granero says. “And so they they took the best decisions.

“Canada had this artificial intelligence system in order to predict how big this virus was going to be, so they locked down before the rest and had fewer problems.

“I don’t think we [Spain] have done very badly. We could have done better, yes, but it was very difficult. So the most important thing is try to do the right things from now, and the best way is trying to hear the specialists and, of course, use technology in the best way.”

Granero, who won La Liga and the Copa del Rey during his time at Real Madrid, recently joined Marbella after leaving top-flight side Espanyol, lured by the southern club’s ambitious project and the opportunity to lead the club into the first division.

Before the coronavirus brought football to a halt in Spain, Marbella was in second place and looking assured of a playoff spot as it went in search of promotion.

Granero believes finishing this season must take priority over starting the next, not due to personal interests with Marbella but to maintain the integrity of the competitions.

“The first first thing we need to have in mind is the health of people, health of spectators, players and referees,” Granero says. “The solution is not easy, but the competitions are better if they are finished.

“Of course, it’s a very complex problem and they need to wait until health is assured but they need to finish the competition — behind closed doors is probably the only solution and this is probably something we will see.”

Isolation certainly isn’t the way Granero would have envisaged his start to life Marbella, but it has at least provided him with more time to focus on his growing company — which is now perhaps more important than he could have ever imagined it would be.

Ever the analyst, Granero is already thinking about how this enforced break can be used to his side’s advantage.

“When we start again with training and with games, we will be living a situation nobody has lived,” he ponders. “That is four months without playing games and then starting again. So we are trying to see this as an opportunity to make the difference between us and the rest of the teams.” 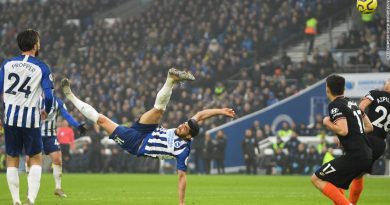 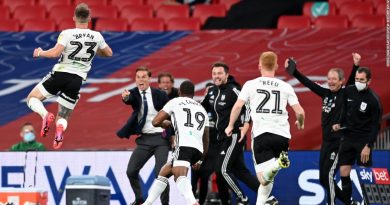 Fulham beat Brentford to triumph in world’s most lucrative football match, worth a possible $346 million 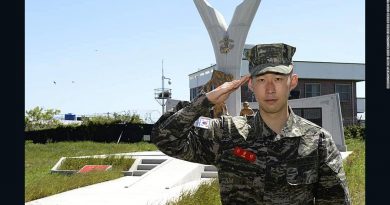