Footage from inside the Qantas flight carrying more than 200 Australians out of coronavirus-hit Wuhan has emerged showing passengers wearing face masks and smiling for the camera.

Qantas flight QF6032 touched down at the RAAF Base in Learmonth, Western Australia, at about 4pm on Monday, after carrying 243 Australian citizens and permanent residents from China’s Hubei province.

Videos shared exclusively with 7 News showed passengers wearing face masks as they took their seats on the Boeing 747.

Airport staff could also be seen wearing face masks and rubber gloves as they handed out plane tickets.

One of the passengers on-board was 26-year-old professional roller blader Rob Kellett, from Brisbane, who had been living in Wuhan with his girlfriend when the virus hit.

Video clips showed him and his friend, Josh Nielsen, smiling under face masks as they prepared to travel home.

“Evacuation time! See you soon Christmas Island!” he wrote on Facebook on Sunday.

Mr Nielsen, meanwhile, wrote to his father: “Hey dad, just thought I’d give you the latest update. There’s a flight leaving here in five hours and I’m at the airport.”

Mr Kellett explained in a vlog posted to YouTube on Saturday that he’d moved to Wuhan just a few weeks before the virus was first detected.

“We are in Wuhan and as most of the world knows, there is a coronavirus epidemic right now,” he said.

“We moved here about two months ago with the plan of just exploring the city, and the virus has just come into full effect, the city has been put on lockdown and we’ve just spent the last week kind of trapped in our apartment.”

Mr Kellett will now be transferred to Christmas Island where he’ll spend 14 days in quarantine before being allowed to return to Australia.

Qantas CEO Alan Joyce said the flight offered the “maximum amount of protection” for both the passengers and volunteer staff onboard.

All evacuees were seated on the lower deck of the plane, while the plane’s crew were on the upper deck. Medical assistance was also provided during the flight, with all evacuees told to wear face masks and change them every hour.

“On the aircraft, the air is actually replaced every five minutes. And the aircraft have these medical grade filters and this has 20 on board which remove 99 per cent of all particles on the aircraft including viruses. So it’s safer than public transport.,” Mr Joyce said.

The plane was given a thorough clean before leaving Learmonth on Monday night. Flight radar data showed it then travelled to Sydney, touching down just before 3:00am on Tuesday.

There have been 12 confirmed cases of coronavirus in Australia, with more than 14,000 cases of the virus confirmed globally and more than 300 deaths. 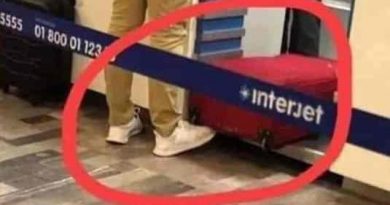