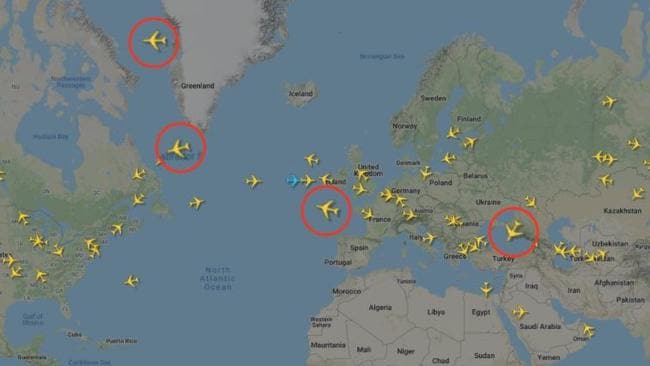 A new flight radar image has revealed the staggering impact of COVID-19 on the air travel industry.

The image, captured by Flightradar24, shows all the Boeing 747 aircraft that were flying internationally today around 1am AEST.

There were 154 airborne 747s at the time – but only four of them were carrying people.

The others were mostly likely carrying cargo, with many commercial airlines having pivoted to cargo-only flights on key routes to offset some of the revenue loss from the plunge in passenger traffic.

The International Air Transport Association (IATA) has said industry-wide cargo revenue could hit $155 billion this year, which is slightly higher than its pre-pandemic forecast.

However, passenger revenue in 2020 is projected to be around $336 billion, less than half the pre-pandemic expectation. The IATA expects global air traffic to slump about 66 per cent this year compared to last.

In such a dire climate, of the world’s 30 largest airlines by revenue, only four reported profits in the April-June quarter, a report by the Wall Street Journal found.

They were Korean Air Lines, Asiana Airlines, China Airlines and EVA Airways – all South Korean or Taiwan-based carriers that have found success using passenger aircraft to transport cargo, particularly amid the demand for electronics and tech components.

AIRLINE BOSS: ‘THE WORST IS NOT BEHIND’

It comes as the boss of one of the world’s top airlines warns the worst of the pandemic was not yet behind the battered industry.

This year, 43 airlines have collapsed due to the COVID-19 pandemic while countless others – including Qantas and Virgin Australia – have been forced to lay off staff, mothball planes in aircraft “graveyards” and make other dramatic cuts to stay afloat.

“The worst is not behind any airline, not only Qatar Airways,” he told CNBC.

“There will soon be other bailouts in Europe, there will be other collapses around the world. Because of the second wave, I think it is … even more severe than in the first wave.”

Mr Al Baker said passengers could be worse off as the collapse of airlines allows for the creation of monopolies for some carriers.

“I think that there will be more reduction in capacity, which in a way is also not good for the travelling public because then it will give a monopolistic situation to certain airlines that exactly wanted this to happen,” he said.

In August, Qantas announced it would shed a further 2500 jobs, in addition to 6000 job losses already as it posted a loss of $2 billion due to the impact of the pandemic.

Qantas Domestic CEO Andrew David said the job losses amid the pandemic had been “the greatest challenger the aviation industry has ever faced”.

“Airlines have to change how they operate to ensure they can survive long-term,” he said in August.

“We’ve already taken drastic action, with more than 220 aircraft grounded, the vast majority of our workforce stood down and assets mortgaged to raise cash. Right now, our domestic capacity is at 20 per cent of pre-COVID levels and international travel is expected to take years to recover.”

Virgin Australia, meanwhile, went into voluntarily administration in the early months of the pandemic and is now emerging with a new owner, American firm Bain Capital.

The airline said in August it would shed about 3000 jobs and cull Tigerair Australia as it rebranded as a “value airline” with a focus on domestic and short-haul international flights. 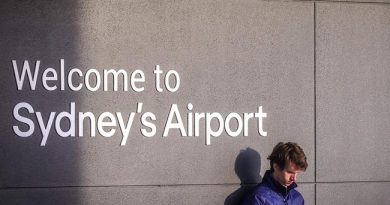