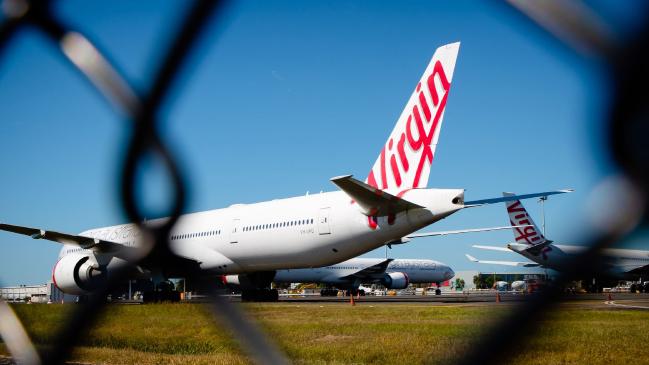 A flight attendant accused of performing a sex act on a passenger during a flight and providing free beers to them has been awarded $20,000 in damages after he was found to have been wrongfully dismissed.

Virgin Australia New Zealand (VANZ) staff member Seaooloumalo Loli had consistently denied the allegations, involving a flight in February 2018. After he was suspended and dismissed he took his case to the Employment Relations Authority.

In a decision released this month, the authority said there remained questions about what had occurred during the flight.

Flight attendants had reported hearing “strange or slurping sounds” coming from the aircraft’s rear galley during the flight, and claimed to have caught Mr Loli “in the act”, the decision said.

“Clearly Mr Loli was in a situation, behind curtains with a passenger for an extended period, which could raise questions but questions are not enough.”

It found Loli had been “unjustifiably” suspended and dismissed as there was not “sufficient information” to support the sex act allegation – the most serious of the two.

However, it did conclude he provided beers to a passenger who was not entitled to them.

Loli had worked as a flight attendant since 2008, and at the time of the alleged incident was working for VANZ.

During the flight in question, fellow staff members alleged Loli had engaged in a sex act with a passenger in the rear galley.

The allegations were later expanded to include giving the same passenger beer which they did not pay for, to gain favour with them, as well as preventing another flight attendant from coming into the galley to pursue her duties.

Loli was informed of the allegations in June 2018, which he “strongly denied”.

He said he was “shocked and very distressed” upon hearing them.

Loli was subsequently suspended, without being given a chance to respond for two weeks.

The authority found that VANZ did not meet its obligations before suspending Loli, and its actions were “unjustifiable”.

“Mr Loli was shocked and then distraught by the suspension,” the authority decision said.

“He describes crying and praying, as well as worrying about his reputation, career, community and family.”

Further, there were rumours about the allegations circulating at his work, and he was also aware of his situation being discussed more widely.

VANZ carried out further investigations and there were various attempts to meet with Loli and his legal representatives, but after failing to find a suitable time the company terminated his employment on September 19 – by email.

Loli’s representative responded that he was “flabbergasted” to have received the email and the company’s finding.

He sought a retraction of the decision and for a meeting to be set up for Loli to respond to the allegations.

Loli pointed out inconsistencies between the two flight attendants’ various statements, casting doubt on the credibility and reliability of a flight steward and suggesting malice on the part of others interviewed but less central.

In its conclusion, the authority supported Loli’s case and found “procedural inadequacies” in VANZ’s investigation, and that the allegation of the sexual act was “not substantiated”.

Loli had long wanted to be a flight attendant, and described himself as “heartbroken” when he was dismissed.

The process had a “devastating effect on him personally, socially, professionally and emotionally” and he struggled to find employment afterwards.

What will happen to people on ship with coronavirus symptoms?