Five people travelling in a tour group with four others diagnosed with coronavirus are being held in isolation in Queensland amid fears they could have contracted the disease.

On Wednesday night, a 37-year-old Chinese man from Wuhan became the fourth person to be confirmed with disease in Queensland.

He had travelled in a tour group with three others – a 44-year-old man, a 42-year-old woman and an 8-year-old boy – who were also earlier diagnosed with the virus.

Five other members of the group are now being quarantined at the Gold Coast University Hospital (GCUH), Queensland Health has confirmed.

It brings the total number of confirmed cases of the SARS-like virus in Australia to 14, with four people infected in New South Wales, four in Victoria, four in Queensland and two in South Australia.

More than 240 Australians are currently being held in quarantine at the detention centre on Christmas Island, off the coast of Indonesia, after being evacuated from Wuhan, where the virus originated, on Monday.

Another 35 will be transferred there after being evacuated on an Air New Zealand flight.

But the federal government fears thousands more may need to be evacuated from coronavirus hot spots, and is now looking at turning isolated mining camps and hotels into temporary quarantine centres.

“We are worried about what happens if further provinces are shut down, like has happened ­already in China, and whether we face the prospect of trying to assist people to depart literally in the thousands.

“So we’re looking at other facilities because we just don’t have that number, that capacity on Christmas Island.”

Ten people, including two Australians, have tested positive for the coronavirus on a ship currently docked off the coast of Japan.

The Diamond Princess – which is carrying 2666 passengers including 223 Australians – has now been quarantined at Yokohama, with all passengers and crew required to spend the next 14 days on the boat.

Those infected have been taken off the boat to local hospitals.

Globally, more than 490 people – mostly Chinese citizens – have died from the virus and the number of confirmed cases stands at more than 24,000. 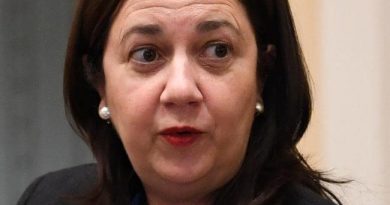