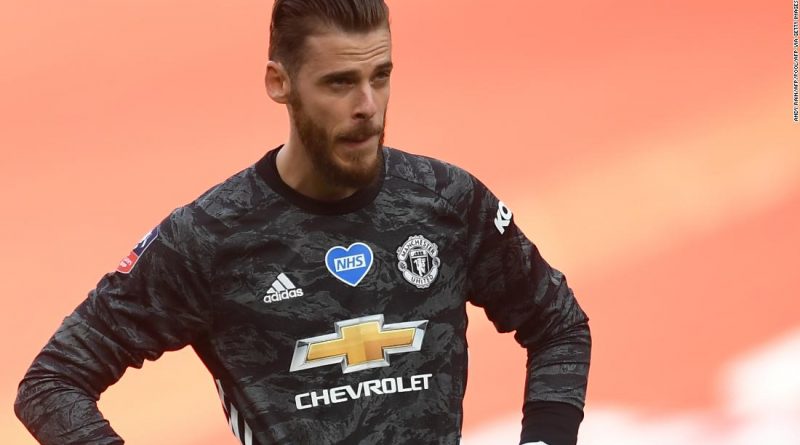 The Spanish international, drafted into the United team in place of Sergio Romero, who has played previous rounds of the cup, endured a nightmare evening in the semifinal.

His first mistake came in the 11th minute of first half injury time as he allowed Oliver Giroud’s flick to beat him at his near post to put Chelsea 1-0 ahead.

Worse was to follow almost immediately at the start of the second as the excellent Mason Mount burst forward and shot from long range, seeing his effort squirm under de Gea’s body and into the goal.

De Gea made a brilliant save to deny Giroud his second before Marcos Alonso’s cross was deflected past him by Harry Maguire, again beaten at his near post, in the 74th minute.

United, who came into the semifinal off the back of a 19-match unbeaten run, scored a late consolation as Bruno Fernandes scored from the penalty spot after a clumsy Callum Hudson-Odoi challenge on Anthony Martial.

But they could have little complaints about the result with Frank Lampard’s Chelsea enjoying the better of play from the start with Reece James forcing de Gea into an early save before Alonso wasted a gilt-edged chance.

A horrendous collision between Maguire and fellow defender Eric Bailly led to a big delay in action, with the Ivory Coast defender eventually stretchered off with a head injury.

The incident may well have unsettled United, but de Gea would have expected to have done better with the opener from Giroud, his 16th FA Cup goal in seven years of English football for previous club Arsenal and Chelsea and now into his fifth final.

“Well I said to my boys in the dressing room I would love to win another one, it would be my fifth one,” Giroud told BBC Sport.

“It’s another final, another big game against Arsenal; so it’s special personally for me, but we put it to the side and we are very happy with the team performance today.”

De Gea’s calamitous error for the second from Mount knocked the stuffing out of United with manager Ole Gunnar Solksjaer turning to substitutes Paul Pogba and teenage revelation Mason Greenwood to little effect.

Instead, the third came as Maguire stretched to prevent Alonso’s cross reaching Antonio Rudiger, the ball going into the net at speed off de Gea’s knee.

Solksjaer was forced to defend is under fire keeper after the match, not for the first time this season.

“David knows he should have saved the second goal but that’s done now,” he said.

“It’s hard for a keeper to make amends, apart from David making two or three fantastic saves after.”

Lampard is now looking forward to his side giving him his first silverware as manager in the final at Wembley on August 1.

“I hope so because we want to win things, and at the start of the season we wanted to be up there challenging for the top four.

“A lot of people were tipping against us, but quietly I was always hoping,” he added.

An own goal from James Justin from a strike by Son Heung-min gave Tottenham an early lead before England striker Kane struck twice before half time with fine goals after slick counter attacks.

There was no further scoring in the second half, leaving Leicester still in fourth, but level on points with Manchester United, which has a game in hand before the teams face each other in the final game of the season.

Chelsea in third will also have a double cause for celebration as the pressure is relieved after a shock defeat to Sheffield United left doubts over qualifying in the top four spots.

Tottenham, much improved with a single defeat since the restart, has moved into sixth spot in the challenge for a Europa League spot.

At the other end of the table, Bournemouth’s survival hopes were compromised by a 2-0 home defeat to south coast neighbor Southampton.

It left the Cherries facing the drop, three points adrift of Watford in 17th, which made the shock decision to sack manager Nigel Pearson on Sunday, the news confirmed by a club statement, with Hayden Mullins taking over as interim coach for the final two games. 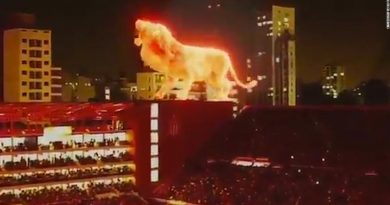 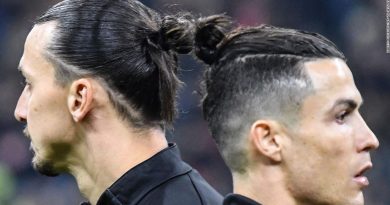 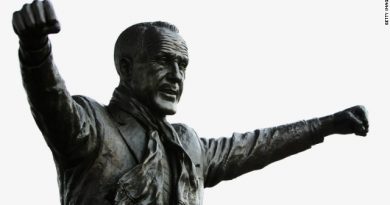