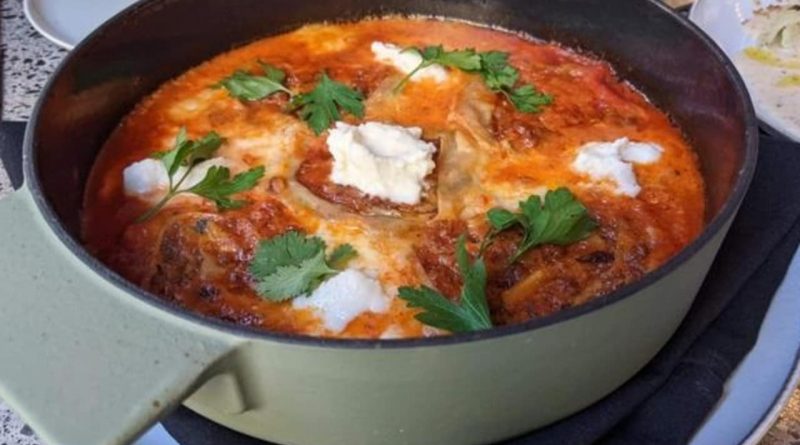 To be fair, I’m not a big lasagne fan. I’ll eat it, but fundamentally I’ve always thought it was just a slab of spag bol, made solid in the oven. I’ll always opt for something else on a menu.

But this one had me intrigued – partly because it was coming from the kitchen of Adam D’Sylva, who has been one of my favourite chefs for a long time. He is the Creative Culinary Director at Lollo, the all-day eatery in Melbourne’s shiny new W hotel (more on that later).

D’Sylva has Italian heritage, and learnt to make lasagne from his aunt and grandmother.

He developed the recipe for this new lasagne while cooking for his family during one of Melbourne’s lengthy lockdowns. And the secret ingredient? Duck.

“I made a duck bolognese,” D’Sylva explains. “People often go with beef and pork, or beef and veal, but duck makes it really luxurious. And then I realised it would make a really good lasagne … and that’s how it came to be on this new menu.”

The duck lasagne at Lollo is freshly baked to order in the kitchen’s pizza oven.

“The flame from the pizza oven gives it a nice caramelisation,” he says.

“I’ve changed the way it’s served … it comes in a clay dish and it’s made for sharing. There’s mozzarella in it, and buffalo mozzarella on top. It’s not pretty, but it’s tasty … it’s one of those ugly delicious dishes.”

He also constructs the lasagne using a rotolo technique instead of the traditional layered method, to maximise the delicious crispy pasta on top that is such a coveted part of a lasagne.

“This way everyone gets a bit of that crispy pasta,” he says.

It is, hands down, one of the tastiest lasagnes I have ever had. Heck, it’s one of the tastiest pasta dishes I have had, full stop. It walks the fine line of being decadent without being too rich – which is no mean feat. Using ground duck in place of beef, pork or veal is indeed a masterstroke.

And the chunks of buffalo mozzarella and crispy pasta offset the flavour-packed sauce perfectly. My tip is to order bread for the table, to mop up the seriously good sauce. Or do it with chips like we did, because who doesn’t love a calorie festival.

The danger is, if you’re a big lasagne fan, this may ruin all other lasagnes for you.

Simone Mitchell was a guest of W hotel. 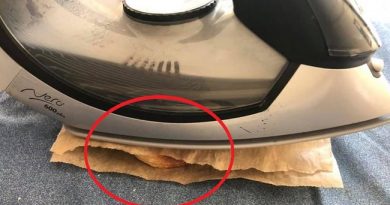 Quarantine hotel guests use iron to turn sandwiches into toasties