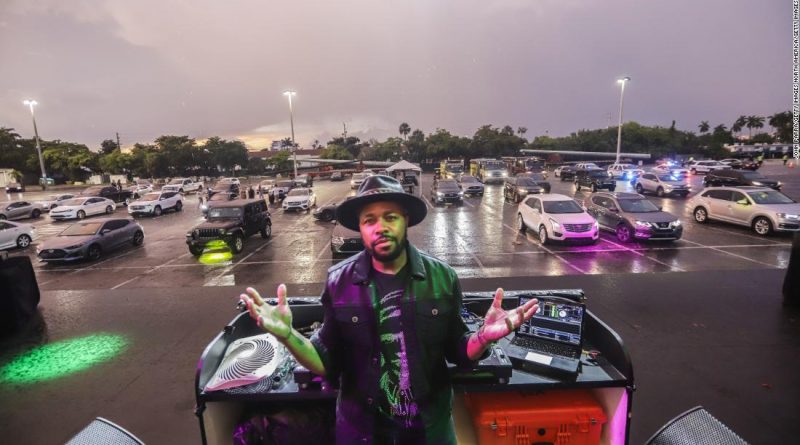 Drive-in concerts, with people socially distanced in their cars, are popping up in parts of Europe and throughout the United States as the coronavirus pandemic has brought an end to large public gatherings.
Keith Urban and DJ D-Nice are among the first major artists to perform drive-in shows. Earlier this month, Urban performed a surprise concert at Tennessee’s Watertown’s Stardust Drive-In as a thank you to frontline medical workers from Vanderbilt University Medical Center.

D-Nice also celebrated frontline workers with a recent drive-in concert in Miami, hosted by The Roots. Proceeds from the event went to the First Responders Children’s Foundation.

“I really do believe for the foreseeable future this is the way to go,” DJ D-Nice told CNN in a recent interview.

With concert attendees in their cars, D-Nice, who has been helping people celebrate safely at home with sets on Instagram Live since March, said he found creative ways to connect with the audience.

“Usually if I’m performing at a club or an event, you feel the energy from people,” he said. “I figured it out by people blowing on their horns. Once I had the call and response like, ‘if you’re feeling good, blow your horns!’ And the moment that I felt that and it was loud, that was it. It just felt like a regular set to me.”

Related: Drive-thrus and drive-ins: How we’re relying on our cars during the pandemic

Jimmy Vargas, a Managing Partner of 1/ST LIVE, the team that produced D-Nice’s Miami concert, said vehicles were spaced 20 feet apart, the event was kept to one hour and attendees could tune into the music through their car radios.

“You have to keep it short and sweet,” Vargas said. “People don’t necessarily have to get up and use the restrooms. We distributed masks as cars entered. We ran signs along our LED wall screens telling people to please stay in their car, and obviously we had support from our security team to ensure people weren’t getting out of the car.”

Vargas said it went so well they are exploring more of these music experiences in cities like Los Angeles, Baltimore, D.C. and San Francisco.

Alpert said while many of the artists on his roster are eager to tour, concerts where people are standing shoulder to shoulder again are likely dependent on a Covid-19 vaccine.

“[Musical artists] are itching to get out, but we have to wait until it’s safe,” he said. “I think artists and promoters and venues are resilient and they’re going to try and look for new ways to make live music safe in these uncertain times.”

So, for now, seeing artists from the comfort of your car may become more common.

Country music’s Eli Young Band will be performing at a “Concert in Your Car” event on June 4 in Texas. The following three nights will feature Pat Green, Josh Abbot Band and Kevin Fowler.

“This isn’t going to go away any time soon. Being able to adapt and continue to entertain and to be able to continue doing our jobs, this kind of gives us an avenue to do it safely and responsibly,” band member Mike Eli told CNN.

“We’re not lowering our expectations for the show at all just because it’s totally different,” Jon Jones, who plays bass guitar in the Eli Young Band, added. “We’ll be out there singing, they’ll be out there honking and we’ll all sing along in our own way.” 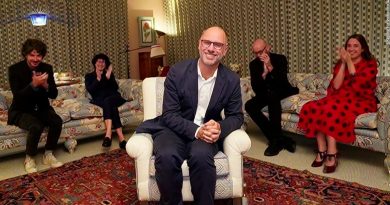 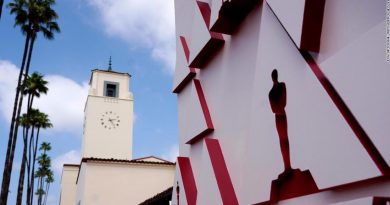 How to watch the Oscars live: Time, channels and more 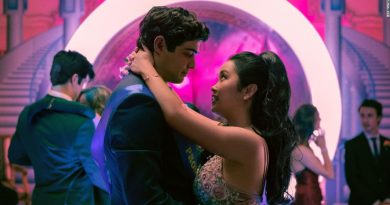