When Michael McEwen made the tough call to stick it out overseas in the middle of the pandemic, he never thought it would turn into a decision he would bitterly regret.

The IT consultant, 30, has been looking to return home to Sydney permanently after two-and-a-half years working in Thailand.

“Expats overseas all have different reasons and responsibilities that mean they may have been unable to return earlier in 2020. My whole life is here,” he told NCA NewsWire.

“The message was that if you’ve got work and income, stay put where you are. No one would have predicted it to be so hard to get back now.”

When Mr McEwen was contacted by a DFAT representative on November 23 for a three-minute phone call, he confirmed he wanted to come home.

Three days later, the Australian embassy in Thailand sent a call-out for expressions of interest for repatriation flights.

Mr McEwen said he did not receive the email.

After noticing warnings from Australian expats online, he logged onto the DFAT website to discover his status had been changed to ‘not looking to return’ to Australia.

Services Australia has been calling overseas Australians to update their statuses and, with thousands remaining overseas, gauge the urgency of individuals’ need to return.

Mr McEwen is one of a number who say their status was changed despite making clear they wanted to return home.

He has accused the government of deliberately downplaying the numbers to help meet its pledge to return as many Australians as possible.

“They’re trying to cover up the fact that Australian citizens overseas have been abandoned by our own government in the middle of a pandemic,” he claimed.

Foreign Minister Marise Payne conceded the repatriation process had been “difficult” but “absolutely rejected” claims DFAT had doctored the numbers.

“Let me be very clear: DFAT will not remove any Australians from its registration database without their consent,” she said.

“We have been seeking information from those Australians to ensure that we are able to assist them with the most up to date and timely information.

“This is a very complex process to assist Australians who are in very difficult circumstances.”

Senator Payne said 43,800 Australians had returned from overseas since mid-September, including more than 17,000 who had been registered.

But Labor home affairs spokeswoman Kristina Keneally claimed her office had been “contacted all weekend” by Australians complaining they had been removed from the lists.

“This looks like a Prime Minister who is attempting to cook the books, so that he can stand up in a few days time and say everyone who wants to come home has come home,” she said.

“It’s really quite tragic. It’s infuriating as well. These are our fellow citizens, (and) if there’s any Australian value then it’s don’t leave your mates behind.”

The federal government has moved to double capacity at the Northern Territory’s Howard Springs quarantine centre.

The Prime Minister said the government had facilitated 77 flights outside of commercial arrangements to return Australians home directly.

A senate inquiry last month heard efforts to repatriate Australians had been hampered by the closure of Melbourne Airport during Victoria’s lockdown, which lasted almost four months.

The tearing down of hard state borders would also free-up quarantine capacity for Australians returning from overseas, the committee heard.

Labor has called for the government to set up a federally-run surge facility to return stranded Australians before the northern hemisphere winter.

Former Labor prime minister Kevin Rudd has demanded his successor Scott Morrison apologise for claiming he had been granted a special travel exemption.

The opposition pressed Mr Morrison in question time on why former prime minister Tony Abbott and ex-minister Alexander Downer had been able to leave and re-enter Australia multiple times.

Mr Morrison said he was “surprised” Labor had chosen the attack line, claiming Mr Rudd had also been granted an exemption.

But Mr Rudd lashed the claim as “an utter falsehood”.

“Morrison claimed in the parliament today that I have obtained exemptions to travel in and out of Australia, taking quarantine places from other Australians,” he tweeted.

“That is an utter falsehood. I haven’t left Queensland since March. Morrison has misled the parliament and he should apologise.” 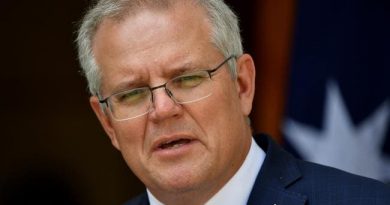 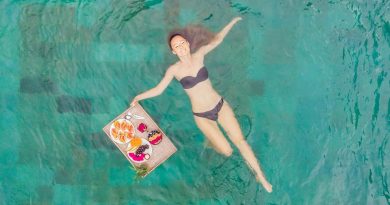