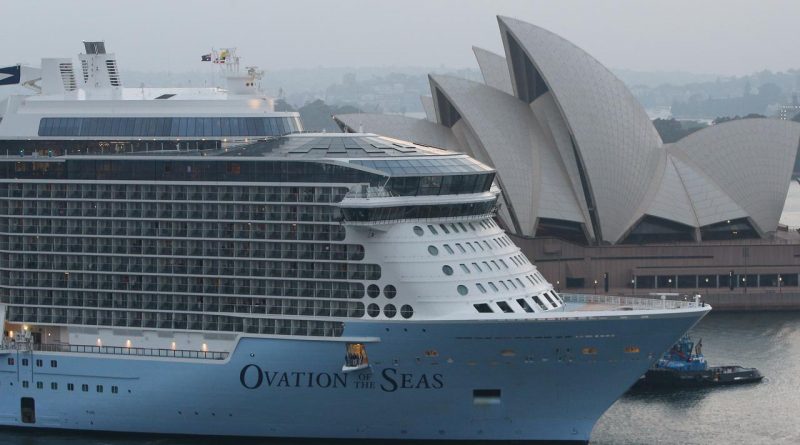 The cruise industry is pleading with the Australian and state governments to sign off on their COVID-safe plan to allow them to be ready sail again in Australia as the rest of the world takes to the seas.

The cruise industry has been dealing with both levels of government for six months and has submitted extensive COVID-safe plans with an aim for intrastate sailings.

Their proposal comes as Royal Caribbean announced it would resume sailing in Israel in May having already been traversing the waters off Singapore and Taiwan for several months.

Mr Katz said the industry had submitted detailed COVID-safe plans, which are already in practice across the world, that would allow Queenslanders, for instance, to safely tour the waters off the coast of the Sunshine State.

“We are naturally disappointed that the government has extended the ban without finalising a pathway for the return of cruising given the work that has taken place over many months, “ Mr Katz said.

“We were hopeful that by this time we would have had the steps towards a phased resumption finalised.

“With no community transmission in Australia, it does open up the opportunity for domestic cruising which does not impact the international borders.”

He said domestic cruising would not only provide local tourism-related jobs but be a boon for local farmers as the industry purchases Australian-grown produce.

“The ships based in Australia do their purchasing here … the meat and fruit and veg industry, so we need lead times because they are also keen to know the timelines to be able to meet the demand,” he said.

Since July last year, when the world was in the grip of the coronavirus pandemic, almost 350,000 passengers have travelled on more than 400 sailings aboard 25 ocean-going cruise line ships, Mr Katz said.

That alone proves the cruise industry can be trusted to implement COVID-safe protocols and pave the way for Australian sailings to reopen sooner rather than later, he said.

“These successful sailings, combined with the growing confidence expressed by governments and experts in health and sciences, are clear indications that a responsible resumption of cruising is possible,” Mr Katz said.

“We have developed comprehensive protocols to show how crews can safely be brought back into Australia through the quarantine process.”

Overseas cruise liners are operating at 50 per cent capacity, with no casino, buffets nor spas open.

Other measures include reserved isolation cabins, social distancing for arrivals and departures, and extensive COVID testing for crew members in the lead-up to, and just before, a cruise.

Passengers must also return a negative test result before boarding.

All these measures would be implemented in Australia, and Mr Katz said passengers could sail with confidence despite the fallout from the Ruby Princess fiasco.

“Certainly the feedback from various agencies is that the industry protocols are comprehensive and they have acknowledged the amount of work the industry has done,” he said.

About 2700 passengers were allowed to disembark from the Ruby Princess on March 19, with many testing positive for the virus after having used public transport or commercial flights to return home.

Health Minister Greg Hunt made specific reference to the cruise industry on Tuesday when he extended the international travel ban a further three months until June 17.

“The Australian government continues to work closely with the cruise industry to develop a framework for the staged resumption of cruise ships in a manner that is proportionate to the public health risk,” he said.

Mr Katz said if the government could just sign off on their COVID-safe plan then cruise lines could be ready to sail as soon as the international travel ban was lifted.

However, until that time, they remain in limbo as ships sit idle in international waters.

“We continue to advocate for domestic cruises … and we would like to be further along in this process,” he said.

He said their first ship was scheduled to arrive in Sydney on October 16 and they would need three months lead time to prepare for the cruise.

“We estimate that preparing and positioning a cruise ship to begin cruise operations in Australia is a complex undertaking and will take 60-90 days after receiving permission to return to service,” Mr Smith said.

“While some protocols, like advanced HVAC filtration systems, will be here to stay, we’ll refine others based on needs specific to Australia.”