Travelling during the summer holidays is always expensive, but 2020 has seen bigger increases than ever before, with some popular locations charging almost three times as much for the same room during peak periods.

Finder’s data team compared the price of two weeks accommodation for a family of four in January 2021 and March 2021.

We averaged the rates for 3-star, 4-star and 5-star hotels in the 10 most popular domestic travel destinations, and also compared the cost to what people paid in 2019.

Coast, where a January trip will cost an average of $8169.

Third place goes to the Gold Coast, where peak prices are 2.5 times the off-peak cost.

It’s not surprising that the prices are at historical highs.

Accommodation operators have been stuck with empty rooms for much of the year, while Australians seeking lockdown are less price-sensitive after months being stuck at home.

We also can’t spend any money on overseas travel, so we’re potentially willing to spend more at home, and prices are being set accordingly.

Compared to 2019, a two-week south coast jaunt in January will cost you 342 per cent more on average.

There are exceptions to the summer rule. If you head to Sydney, it’s actually $247 cheaper for a January stay than a March visit. But chances are if you head to the NSW capital from another state, you’ll have to factor in two weeks of hotel quarantine on your return.

Many of us are happy to pay more just so we can finally get a holiday in, or visit friends and family. And if you have kids, then you generally need to align your plans with school holidays.

But if you’re hoping to holiday on a budget in 2021, waiting until the peak period passes will 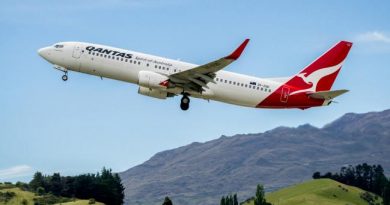 How much is a Qantas Frequent Flyer Point worth? The bad question everyone asks