An Orthodox Jewish couple removed from an American Airlines flight over body odour is now suing the airline for discrimination.

Yehuda Yosef Adler and Jennie Adler were flying on an American Airlines flight with their 19-month-old daughter on January 23, 2019 when the alleged incident occurred, Fox News reported.

As soon as they boarded the flight, the couple claims the pilot was “nasty and humiliating” when Mr Adler asked for headphones.

“When we entered this plane I asked the stewardess for headphone(s),” he said in the lawsuit, claiming that on a previous flight an American Airline employee told them to ask if they needed anything, “including headphones”.

The pilot allegedly was standing there at the time Mr Adler asked and said, “I wasn’t on that plane and we don’t offer anything complimentary’.”

The Adlers considered the response to be “so nasty and humiliating”, though they reportedly ignored it and went to their seats.

According to the couple, the attendant made “disparaging and derogatory statements telling the Adlers that he knew that Orthodox Jews take baths once a week”.

The Adlers, who said they showered that morning, were “distraught and embarrassed” and approached people in the terminal to ask if they detected a smell – more than 20 people asked said no, according to the lawsuit.

Furthermore, the Adlers claim they requested their luggage be removed from the flight, but the plane took off with their bags, child’s car seat, stroller and diapers among other effects.

The Adlers are now suing the airliner claiming religious discrimination. They are seeking punitive damages for civil rights violations, negligence, infliction of emotional distress and defamation.

The airline has refuted the claims, stating passengers and crew members had made complaints about the odour.

“The Adler family was asked to deplane after multiple passengers and our crew members complained about Mr Adler’s body odour. The decision was made out of concern for the comfort of our other passengers. Our team members took care of the family and provided hotel accommodations and meals and rebooked them on a flight to Detroit the next morning. None of the decisions made by our team in handling this sensitive situation were based on the Adlers’ religion,” a statement from American Airlines to Fox News read. 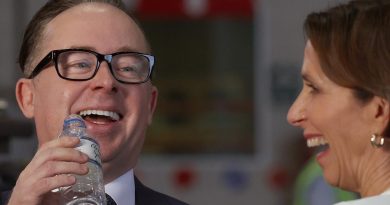 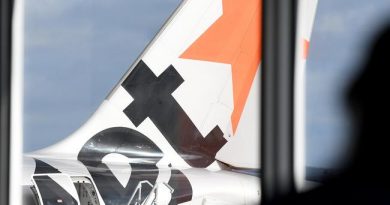