Australian citizens still stranded in the coronavirus epicentre of Wuhan have been warned they may only have one more opportunity to flee the city.

Following a rescue flight from Wuhan bound for Auckland on a New Zealand government chartered flight on Wednesday, passengers will then have to cross the Australian mainland twice in order to satisfy the government’s quarantine demands.

According to the New Zealand government, there are 23 Australians who will be subject to the marathon travel schedule after taking up their offer for an airlift from the Chinese city at the centre of the coronavirus outbreak.

The Air New Zealand plane is scheduled to land in Auckland at 6.24pm local time (4.24pm AEDT) on Wednesday.

On Monday, a Qantas charter flight landed in Learmonth, near Exmouth in Western Australia, carrying 241 passengers needing to flee the city of Wuhan.

Following their arrival, they were transported to Christmas Island where they will remain for 14 days in quarantine.

But Prime Minister Scott Morrison says there may only be one more flight for remaining Australian citizens in Wuhan, suggesting that a second assisted evacuation flight home could possibly be the last.

“We’ll have another flight going into Wuhan,” he said during an interview on the Today show.

“We’re working on that now. And the transfer arrangements to Christmas Island are working very well.

“But what I want to tell people is that they can’t count on a further flight beyond that or one into mainland China at some point. So there are flights coming out of mainland China now and people should avail themselves of that if they wish to.

“But my focus, the National Security Committee met yesterday again, our focus is on keeping people safe here in Australia. And the arrangements we’ve put in place have been very effective.”

Earlier on Sunrise, Mr Morrison said it would be unlikely that the government would facilitate a third rescue flight for stranded citizens.

“I want to stress this very carefully – no one can count on there being a third flight,” he told Channel 7. 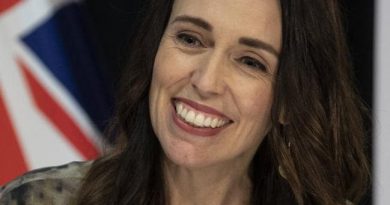