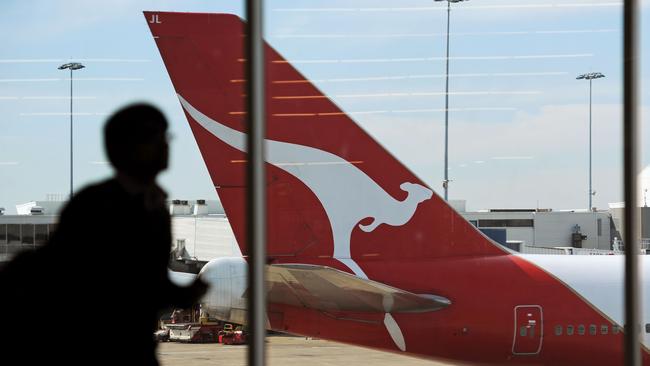 Border closures have done an incredible job over the past year to keep coronavirus under control in Australia.

But new research from the Business Council of Australia has revealed the country is losing a whopping $319 million a day in domestic and international air travel.

The Government shut the nation’s border in March while domestic borders in some states remain closed.

Now analysis from the BCA has shown that over the past seven months, the economic fallout from the shutdown of domestic aviation was $17 billion while the loss of international flights cost the economy $61 billion.

“Every day flights remain grounded costs Australia $69 million – or $2.1 billion a month. When you add in international aviation losses at $250 million a day or $7.6 billion per month, we are talking about an enormous hit to our economy.”

Thousands of jobs have been lost across the aviation sector included those working across airlines, airports, catering companies, ground handling and transport.

“The safety of Australians remains our number one priority but states like NSW have put robust systems in place to manage this virus, so people can safely and freely get on with their lives,” Ms Westacott said.

“Our recovery will be stronger and faster if we can agree on a national timetable and transparent protocols for removing domestic travel restrictions.

“We are not asking for a free-for-all – we need a highly targeted, careful and gradual reopening of the economy based on health advice with robust nationally consistent systems in place for departures and arrivals, quarantining, local containment, and digital tracking and tracing.”

The BCA has called on the National Cabinet to announce a plan for domestic travel before December – to hopefully allow Australians to see interstate family by Christmas.

Reopening all state and territory borders would inject $3.3 billion into the economy, according to analysis.

But the BCA is also calling on international borders to reopen with the majority of the money lost coming from overseas flights.

“International aviation generates about $100 billion a year in export revenue and supports about 515,000 jobs across the country,” Ms Westacott said.

“Putting a nationally agreed plan in place for international travel will allow us to ramp up this critical sector once we get the green light.”

International travel also brings in students, which support 240,000 jobs across Australia and are worth $40.3 billion to higher education.

“On average, international visitors such as tourists, business travellers and short-term students spend about $5200 per trip each in Australia. Chinese travellers about $9300. By contrast, Australians holidaying at home spend about $700,” Ms Westacott said.

“Other countries are opening up their international aviation in a COVID-safe way.

“We can’t afford to be left behind and miss out on opportunities to establish safe travel corridors with other low-risk countries who have also managed the virus well. This would generate $20.5 billion for Australia over a 12-month period.”

Australia’s borders will likely stay shut until a vaccine is rolled out across the country with the federal budget last month revealing international flights would probably not return to any normal level until this happens.

“This is not a temporary problem for Australia. If we fail to begin carefully reopening, we will lose our international competitiveness and ability to attract investment and talent,” Ms Westacott said.