A crew member locked inside the virus-hit Diamond Princess cruise ship docked in Japan has released a candid video of colleagues battling boredom as they wait out the 14-day quarantine period.

A group of cooks and kitchen hands tried to shake off their cabin fever by performing a funny dance to Justin Bieber’s song, Yummy, to show the outside world how they are passing time will trapped on board.

Published to Twitter by one crew member, Mae Fantillo, the caption explained that those on board were “OK”.

“We all know that we were facing a crisis here in Diamond Princess due to NCoV but hey we still managed to smile, laugh and dance,” Ms Fantillo said.

“For our family and friends to know that we were OK here and we will stand together as one until we finish the quarantine.”

The video, which has been viewed almost 3,000 times, has given the outside world an insight in to what life has been like for those waiting out the quarantine period on board the ship.

More than 3,700 passengers and crew are stuck on the cruise ship in Yokohama that became a floating quarantine zone after dozens of people tested positive for coronavirus earlier this month.

This particular ship has had the largest outbreak of the virus outside of mainland China, with the number of infections continuing to increase day by day.

On Friday, an 80-year-old Perth man became the latest Australian to test positive to the virus.

One crew member, from Mumbai, said she was forced in to confinement after she started showing flu-like symptoms.

Speaking to CNN, Sonali Thakkar, 24, said she was “really scared” on board as a crew member, with fears the virus may be spreading quicker between her colleagues as they continue to live and work in proximity with each other.

“I’m not eating very well and have been having fevers,” the woman said in a Skype call. “We all are really scared and tense.

“There are many places where we all are together, not separated from each other … Especially when we sit in the same mess hall and eat together, the place where it can spread very fast.”

Ms Thakkar added that she fears the crew are not being separated from one another during the quarantine period, noting that isolation seems to only be designed for passengers and not those working on the ship

“We just want to feel safe. We don’t feel safe here with so many people,” she said.

In a statement posted on their site, Princess Cruises said that, all crew members who have been cleared after an initial health screening by the Japanese Ministry of Health are “fulfilling their duties as required” and additional crew testing by health officials is ongoing. “When not working, crew members are requested to be in their staterooms,” said the statement.

The total number of confirmed cases on board has now risen to 219, which includes 15 Australians. 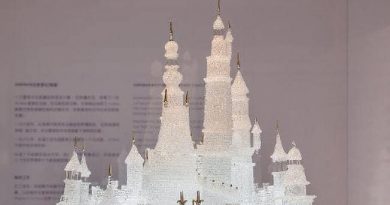 Chinese student ‘snuck in’ by lying on passenger card

What the CEO changes will mean for Velocity members