An Aussie comedian who tried to buy extra legroom on his flight said the ticket had come with an eye-watering, almost billion-dollar price tag.

Dave O’Neil shared a screenshot of his booking for return flights from Melbourne to Perth, which he’d been trying to purchase extra legroom for. The quoted price was for $987,999,999.00.

“Hey @Qantas all I wanted was extra leg room on my flight to Perth, very happy to pay for it but this seems a bit expensive,” he wrote.

The excessive price gathered a huge amount of attention on social media with the tweet attracting more than 2000 likes and hundreds of replies.

“They always lower the price by a few bucks so you don’t feel like you’re spending a full billion,” Alasdair Tremblay-Birchall wrote.

“Just use Afterpay to spread the cost out,” another joked.

“On behalf of all Qantas shareholders, thank you Dave for the dividends,” another said.

Qantas also replied to Mr O’Neil telling him the cost did look unusual, and to get in touch.

Qantas told news.com.au it hasn’t been able to replicate the charge, but is still investigating.

“While we know that customers really value extra leg room, the price displayed was definitely a bit of a stretch,” a spokesperson told news.com.au in a statement.

“We can confirm the passenger was charged the correct amount of $70 per sector for the extra legroom and we’re investigating what caused the incorrect amount to be displayed.”

It comes as Australian airports were once again filled with emotional travellers as the trans Tasman bubble officially launched on Monday.

It means for the first time since the beginning of the pandemic in 2020, Kiwis and Aussies are allowed to freely travel across the ditch without quarantining. 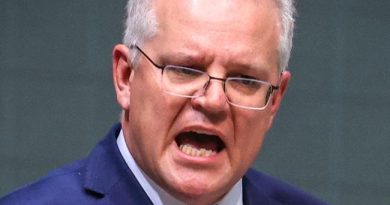