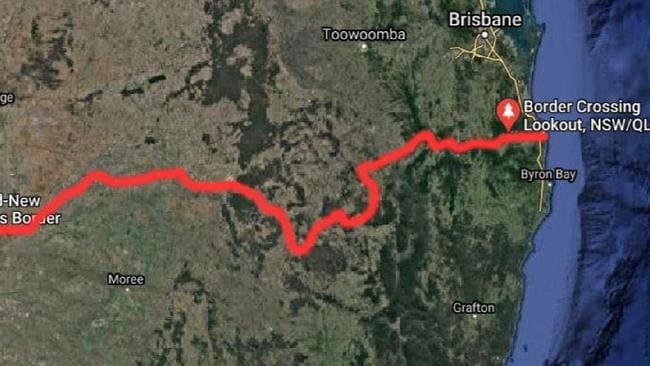 Mining magnate Clive Palmer has joined the fight against the Queensland government, who maintain their stance on keeping the borders closed, despite national cabinet urging the state opens to domestic travel.

Mr Palmer has reportedly called on his lawyers to commence a high court challenge against Annastacia Palaszczuk’s government, who has kept the Queensland border closed based on state health advice amid the coronavirus pandemic.

The billionaire’s announcement comes after he was refused entry into Western Australia, and hopes to have the challenge documents and submissions filed by June 26.

RELATED: Queensland could be cut out of trans-Tasman travel bubble

Mr Palmer, who labelled the WA border closure as an “act of stupidity”, added that the Queensland government was “locking away the fruits of Queensland such as the Great Barrier Reef and other treasures from interstate visitors”.

His challenge follows a similar challenge taken by One Nation Senator Pauline Hanson, who gave the Queensland Premier until 4pm on Thursday to open the state borders or face legal action.

Ms Hanson demanded Queensland’s Labor government reopen the state’s borders by Thursday afternoon, or face legal action in the High Court. The One Nation Senator made the threat on Wednesday after accusing the Premier of “destroying people’s lives” and livelihoods, and branding the border closures unconstitutional.

Senator Hanson is claiming closures violate section 92 of the constitution, which guarantees residents of Australia can move freely between each of the states and territories. News.com.au understands the One Nation leader is currently on a phone meeting with her lawyers at law firm Mahoneys about the next steps of her legal challenge.

On Thursday, Senator Hanson labelled the Queensland Premier as “pig-headed” and a “dictator” who is “destroying” people’s lives by keeping the borders closed.

“There’s no real reason to keep the borders shut,” she said.

The state government has previously dismissed the legal threat as a “desperate” grab for headlines, with Deputy Premier Steven Miles saying it has to balance the timing of the reopening of the borders with medical advice.

“It was only a month ago, I think, that Pauline Hanson was saying we should have a border in north Queensland,” Mr Miles said, according to the Courier Mail.

“I think she is more desperate to seek headlines than she is concerned about this virus and its impact on Queenslanders.

“The Queensland Government is putting the interests, the health and the wellbeing of Queenslanders first and will continue to do so regardless of what Pauline Hanson or her mates have to say.”

Prime Minister Scott Morrison said the states that have closed their borders – Queensland, South Australia, Western Australia and Tasmania – were sovereign states and could make those decisions.

“But they’ve got to be accountable for it, though. There is no medical advice that we received nationally,” he told the Ten Network’s Studio Ten program.

Speaking on the Today show on Friday, Treasurer Josh Frydenberg put pressure on the states to open their borders, given there was no medical reason to maintain their closure.

“We want to see the tourism dollar pick up … we want to see people go back to work in those sectors,” he said.

“There does need to be an end date (on border closures) and we do need to see people get back to work and travel freely.

“There is no medical reason why those domestic borders should be closed.”

All arrivals to the Northern Territory since the beginning of April have had to go into mandatory quarantine in hotels selected by NT authorities.

But from Monday, June 15, the restriction will be lifted however all arrivals will still need to self-quarantine but at a location of their choosing.

Why firefighters, frontline workers will have best view

Bizarre Australian laws we forgot about