A Chinese student has taken to social media to brag about how he allegedly evaded Australia’s coronavirus travel ban by lying on his incoming passenger card.

Prime Minister Scott Morrison announced unprecedented new travel restrictions on Saturday, banning any foreign nationals who had been in China from entering Australia for two weeks from when they left or transited the country.

Under the ban — which does not include Hong Kong — if the traveller chooses not to immediately return to their port of origin, they will be subject to “mandatory quarantine”. Returning Australian citizens and permanent residents are required to “self-isolate” for 14 days.

“Our first priority is the health, wellbeing and welfare of Australians — that comes first,” Mr Morrison said on Saturday. “Our first responsibility is Australians and Australia’s national interests.”

In messages being circulated on WeChat, the student, named as Xiao K, says he left China on February 1 — hours before the travel ban was announced — and changed planes in Hong Kong before arriving in Brisbane at 11.45pm.

He says he first heard about the ban after he landed. “A friend teased me and said I was going to be deported, then sent me two news stories,” he wrote in the messages translated from Chinese, The Daily Mail reports.

“When I was clearing immigration a customs officer checked my arrival card, because I’d heard the news about the China entry after landing I’d changed mine to say Hong Kong. They looked at me and told me to go through a different channel with my luggage. They just let me go through.”

The friend asks, “You mean the immigration declaration card?” The student replies, “Yes! The yellow one! I crossed off ‘China’ and changed it to ‘Hong Kong’.” Asked how he feels, the student says, “Really lucky! But they were focusing on people, didn’t play close attention to my bags.”

The student’s posts on WeChat indicate he has since travelled to Sydney.

There are currently around 260,000 Chinese students enrolled to study in Australia.

It comes as Australia reports its 13th confirmed case of the deadly coronavirus in an eight-year-old-boy currently isolated in a Queensland hospital.

The child, from Wuhan which is the epicentre of the virus outbreak in the central China province of Hubei, was a member of a tour group travelling in Australia in late January.

Two other people from that group, a 44-year-old man and a 42-year-old woman, also had the virus and Queensland health authorities had been scrambling to contact other people on their flights in case the infection had spread.

The case of the boy takes the number of confirmed cases in Queensland to three, adding to four cases each in NSW and Victoria and two in South Australia.

Two more “suspicious cases” are currently being tested for coronavirus by doctors at the Royal Darwin Hospital, the NT News reports.

Meanwhile, another group of 50 Australians stranded in Wuhan are expected to leave the Chinese city on Wednesday on an Air New Zealand flight evacuating up to 100 Kiwis and a number of Pacific Islanders to Auckland.

From there, the Australians will be transferred to quarantine on Christmas Island, off the northwest coast of Western Australia, where they will join about 241 citizens and permanent residents who arrived there on Monday and Tuesday.

Another couple, a man and heavily pregnant woman, were isolated at a Perth hospital because there are no maternity services on the island.

Federal Health Minister Greg Hunt said it was likely the Australians on the Air NZ flight will be met by officers from Australian Border Force and the Department of Foreign Affairs and Trade when they arrive in Auckland late on Wednesday afternoon local time.

“The advice I have is that if they are to come to Australia, if they’re not housed in New Zealand, then … we’ll be supporting them on Christmas Island,” he said.

So far, there have been no confirmed cases of coronavirus infection among the men, women and children already on Christmas Island, where they are being held for up to two weeks.

A team of specialist doctors and nurses is closely monitoring the evacuees, who were flown out of Wuhan on a Qantas flight on Monday.

Up to 600 Australians initially registered for the evacuation flights home but some have decided to remain in Wuhan. It’s not clear how many might join the next flight.

Globally, 490 people — mostly Chinese citizens — have died from the virus. There have been two fatalities outside of mainland China, one in the Philippines and the second in Hong Kong. The number of confirmed cases stands at more than 23,000.

The World Health Organisation has declared the outbreak a global health emergency.

FIFO worker trying to return to UK for birth of child

Emirates to cut 30,000 jobs after reopening Australia to UK flights 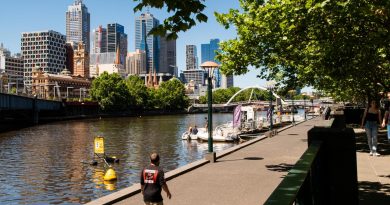