As Australia and New Zealand slowly work on creating a travel bubble between the two countries, China and South Korea have already implemented their own “corridor” to begin the recovery of the battered tourism industry.

This month, the two countries opened a tightly controlled corridor between selected cities – including Seoul to Shanghai – to encourage passenger movement amid the COVID-19 pandemic.

But these “corridors” come with a number of hoops passengers need to jump through in order to travel, which industry leaders fear could deter people from wanting to travel if the bubble movement moves around the world.

RELATED: Are bubbles the future of holidays?

Currently, conditions of entry include two weeks of screening and a virus test at home prior to flying, a two-day quarantine in China upon arrival, and then another blood test to confirm the visitor is virus free.

Each country decided to allow the corridor between certain regions, given cases had started to slow. To date, the number of cases in China has passed 84,000 cases, with a total of 4638 deaths. South Korea to date, has 11,122 cases of the virus and recorded 264 deaths.

But while both Australia and New Zealand officials have quashed suggestions that a 14-day quarantine should be enforced on either side of a flight, South Korea says the extensive measures are not putting people off travel.

According to Bloomberg, the Korea International Trade Association said it’s taking about 300 calls a day from local companies interested in the fast-track program to get people flying again.

According to the publication, Korean Airlines sold out its weekly flight from Seoul to the northeast Chinese city of Shenyang – a Boeing 777 with more than 330 seats – and plans to resume flights next month to more destinations in China, including Beijing and Qingdao.

China is now considering allowing Hong Kong and Taiwan to create more corridors, given their success in successfully curtailing COVID-19. Like the agreements in place between parts of China and South Korea, people from Taiwan and Hong Kong could travel freely and avoid a mandatory 14-day self-quarantine requirement upon arrival into China.

The International Air Transport Association, which represents almost 300 carriers, found in an April survey that 69 per cent of recent travellers wouldn’t fly if it involved a 14-day quarantine – making this a key feature for bubbles or corridors – to be successful.

“And it must give governments confidence that they are protected from importing the virus.”

Last week, Estonia, Latvia and Lithuania opened their borders to each other to create a Baltic bubble providing businesses with an opportunity to reopen and travel without having to endure a 14-day quarantine upon arrival.

The term “travel bubble” has been bandied about in the past month as governments here and abroad consider ways to gently resume travel and restart tourism industries.

Rather than busting open the travel floodgates and risking a transmission explosion, this staggered approach identifies and preserves safe travel zones where the virus risk is low — and it’s likely to be our best bet for a holiday anytime soon.

While travel bubbles may be seen a worthy compromise while the pandemic rages on, it does have some potential drawbacks.

A bubble could easily burst if a member country decided to open up to another jurisdiction where the virus risk was high, an editorial in the Financial Times noted. It also said bubbles of rich countries could have the effect of “exacerbating inequalities with poorer countries that are excluded”.

But if they’re shown to work, travel bubbles could, bit by bit, unlock the world.

Plane passenger caught clipping nails before plane even takes off 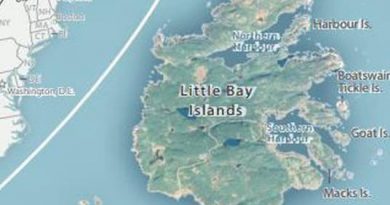