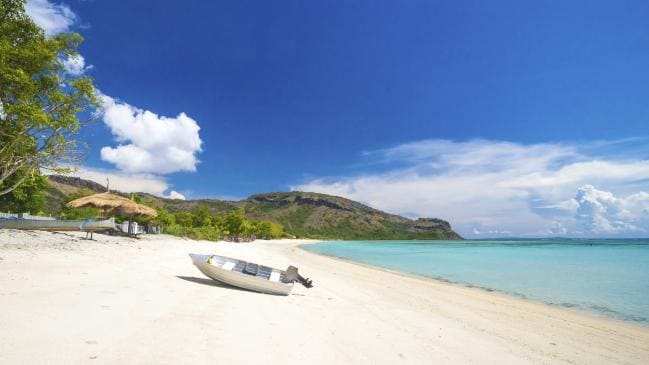 You might never have heard of Albufeira, Sumbawa, Tsibili or San Juan del Sur, but if you want to drive down the cost of your overseas holiday without compromising on quality, you better add them to your list.

These are some of the unknown but emerging destinations being discovered by budget-conscious travellers.

Often cheaper and lesser-known alternatives to more famous destinations, these destinations have been responsible for a spike in insurance quotes by insurance company 1Cover.

“We did some research into why, and, perhaps unsurprisingly, the motivating factor was price.”

She said social media had helped unearth some of these unknown gems.

“Budget travellers seeking value for money have been going to Vietnam, Laos, Cambodia, India and Croatia for years now. But these days the travel research phase just keeps getting longer, and these days it’s easier to stumble across previously undiscovered destinations on travel blogs or social media,” she said.

“People see that these places provide incredibly unique, Insta-worthy experiences at budget prices and start getting excited about their holidays months in advance.”

Ms Katz said the destinations were popular across the generations of holiday-makers.

“We’re also finding that adventurous empty nesters who want to explore the world are right on the tail of the younger traveller in terms of lesser-known destinations,” she said.

Here are the top 10 little-known destinations responsible for a surge in quotes, according to 1Cover.

Namibia has some of the cheapest national parks in Africa – some camping grounds cost as little as $10 a night. Sossusvlei is a particular highlight. An arid salt pan surrounded by high red sand dunes, it’s found in the southern part of the Namib Desert and is one of the country’s top tourist attractions.

If you’re over Bali but still want to holiday on the cheap, there are plenty of cheaper and less-crowded alternatives in Indonesia that are just as fantastic, with plenty new to discover. They include the islands of Sumatra, Sumbawa and Flores as well as Kalimantan, which is the Indonesian part of the island of Borneo.

DFAT advice: Exercise a high degree of caution in Indonesia.

Ukraine is a famously inexpensive place to holiday, and that’s no exception in the charming city of Lviv. A coffee here costs about $1.60, a meal less than $5. It’s little wonder there’s a surge in bookings: Lviv has sophisticated cafe culture and plenty of wine bars and is packed with colourful buildings, many of them dating back to the city’s Polish and Austro-Hungarian past.

DFAT advice: Exercise a high degree of caution in Ukraine.

Albufeira, a coastal city in Portugal’s southern Algarve region, is where you’ll find one of the world’s most famous beaches, Praia da Marinha, a small, golden-sandy beach surrounded by dramatic limestone cliffs. Albufeira has a vibrant night-life for young revellers and plenty for families to enjoy, and it’s cheap – a three-course meal and drink costs around $15.

Prices dropped dramatically in Nicaragua’s holiday towns when violent political unrest in 2018 forced tourists to stay away. Now that it’s safer to return to the Central American nation, visitors can still enjoy cheap-as-chips prices. Highlights include the beach town of San Juan del Sur – known as “the most colourful town in Nicaragua” – as well as jungles, Caribbean beaches and cocktails as low as $2.

DFAT advice: Exercise a high degree of caution in Nicaragua.

La Huasteca Potosino is a lesser-known part of Mexico that’s just as lovely as the famous resort towns – and much cheaper. The lush tropical region, which has been called Mexico’s best-kept secret, is home to waterfalls, canyons, natural pools and caves as well as spectacular turquoise-water beaches. Prices are low – $2 can buy your dinner.

DFAT advice: Exercise a high degree of caution in Mexico.

The Lycian Way, from Turkey’s Teke Peninsula to the coastal city of Antalya, is the country’s oldest long-distance trail and one of the best in the world. Along the way travellers will find ancient towns, ruins and ornate tombs as well as breathtaking views of the coast. Walking the Lycian Way is free, and staying in hostels or private rooms run by local families costs from $15 to 30 per night – often including food.

DFAT advice: Exercise a high degree of caution in Turkey.

Hostel stays cost as little as $5 in underrated Tbilisi, a vibrant city that’s also one of the oldest cities in Europe. It has diverse architecture, bustling markets, music festivals, diverse food, cheap museums and a vibrant night-life. Restaurant meals cost up to $15 and an Airbnb stay for four people costs about $30 a night.

Tiny, mountainous Lesotho, a country landlocked by South Africa, is often overlooked by tourists but finally got some recognition when it was named one of the New York Times’ Places to Visit for 2020. But some tourists have already discovered its rolling hills, the pink wildflowers of the Sehlabahtebe National Park and the spectacular Maletsunyane Falls. Meals cost a few dollars and accommodation as little as $30 a night. A new e-visa platform will make Lesotho easier than ever to visit.

DFAT advice: Exercise a high degree of caution in Lesotho.

You’ve heard of Marrakesh but the Moroccan city of Tangier is an emerging gem. Slightly edgier and less refined than Morocco’s more popular cities, it’s also cheaper, with plenty of bargain street food – such as bissara, a hearty split pea soup. Highlights include the Kasbah and Medina Souk and the blend of Roman, Arabic, Portuguese and French culture everywhere. Simple, clean accommodation costs as little as $30 a night.

DFAT Advice: Exercise a high degree of caution in Morocco.