Queensland Police have admitted they’re getting “frustrated” with people blatantly ignoring its border laws, as queues grow before Christmas.

Police issued a warning to the thousands of families trying to get into the sunshine state this morning, with exemptions only granted to a small group of people.

“Anyone who has been or will be in the state of NSW since 1am on December 11 is required to get a border declaration pass,” Queensland Police Chief Superintendent Mark Wheeler said.

“We ask people to go online and become familiar with the requirements and get a border pass and display on your windscreen if possible. Plan your journey accordingly to your own circumstances.”

“If you have young children, be prepared for lengthy delays, and above everything else be patient,” he said.

“Secondly, if you are in a COVID-19 hotspot of Greater Sydney, you cannot enter Queensland by a road. There are limited circumstances when you can come in.”

The only way for Queenslanders to return to the state – if they have been in Greater Sydney – is to return by air.

After landing back in Queensland, anyone coming from Sydney will go into government-mandated quarantine for 14 days, at their own expense.

“We do see some people a little bit confused. But, look, we work with confused,” he said.

“We work with them on the side of the road and help them through.

“It is when people do those blatant breaches and try to get over the system. That is what frustrates police and those are the people who put Queensland at risk.”

More than 379,000 people have applied for border declaration passes since the system was reactivated.

Chief Supt Wheeler called for patience and said police were just working through some teething problems in the first few days of the border permit system.

Ms Palaszczuk said it was “a bit rich” for her counterpart to point the finger over heavy travel restrictions placed on Greater Sydney and northern beaches region residents following a coronavirus cluster outbreak.

“NSW is getting on top of the cluster, but I think it‘s a bit rich for NSW to start blaming Queensland, Victoria and any other state or territory she wants to blame.

“This has happened in NSW. It has happened on the northern beaches and we wish them all the very best, but we do not want our lifestyle compromised at this point in time.

“As soon as they get on top of that, the sooner we can get to life as semi-normal as possible.” 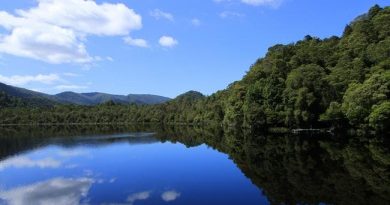 Jetstar flights on sale for $65 return