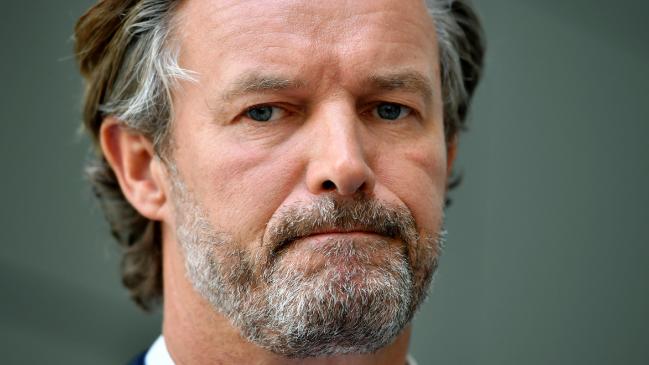 The head of one of Australia’s most popular cruise liners, P&O, has lashed out at police over a decision he’s branded “disappointing” and a “vital blow to the tourism industry”.

Taking to Facebook, Mr Myrmell said the “difficult times” for the cruising industry had today been made far worse.

“This is a particularly sad and disappointing day,” Mr Myrmell said in the two minute video address.

“(This is) a terrible blow for a vital part of the tourism sector.”

On Tuesday, it was announced that NSW Police ordered the popular cruise liner to leave Sydney along with other ships which have been instructed to return to their home ports.

NSW Police are currently locked in a stand-off with foreign cruise ships, urging them to proceed immediately to their home ports rather than risk flooding NSW hospitals with COVID-19 patients.

In an attempt to ease the stalemate, NSW Police Commissioner Mick Fuller says helicopters will be used to fly doctors on board to treat any crew members unwell on the ships and in need of urgent coronavirus treatment.

“At first they will go on and they will do an assessment and the standard temperature check and ask questions around symptoms of the virus,” Mr Fuller told reporters on Thursday morning.

“If the crew is fit and healthy, I have no hesitation in asking Minister Dutton to enforce the orders for them to leave our shores.”

Anyone requiring urgent medical attention would be brought ashore. Mr Fuller says there are eight cruise ships off NSW carrying about 8500 crew members, and all known Australian crew members had been extracted.

Two ships had agreed to refuel over the coming days and depart Australian shores.

Mr Myrmell, however, said the decision was “bitterly disappointing” given his ship – the Pacific Explorer – had no illnesses on board.

“Our home grown brand P&O Australia has been cruising in the South Pacific for 88 years,” he said.

“It has been the backbone for cruising in Australia, taking half a million Aussies on cruise holidays each year. There is no illness on the Pacific Explor. No passenger or crew member has at any point tested positive for COVID-19.

Yet today, the NSW Police has instructed Pacific Explorer to leave Sydney Harbour. It is unprecedented for Australia’s home grown cruise line to be ordered to leave Australia.”

Mr Myrell said it is disappointing to see the industry “demonised” during the pandemic and strongly supports CLIA Australasia’s calls for repatriation efforts.

“P&O is the only cruise line in the world to have a head office in Australia,” he said. “There are hundreds of local staff and let’s not forget the thousands working on our ships.

“This is not only disappointing to us, but also to all the Australian’s whose livelihoods depend on cruising.

“In terms of our ships we have only wanted the opportunity to take them out of service and keep them and their crews safe until this is all over.

“The events of recent days will make this all the more difficult. It is bitterly disappointing that short term responses have put an industry, jobs and people at risk.”

Last month, one of Carnival’s other ships, the Ruby Princess, allowed 2700 passengers to disembark in Sydney despite a number of coronavirus cases confirmed on board.

The move has been considered one of the biggest debacles NSW has made during the fight against coronavirus, and a mistake Premier Gladys Berejiklian said will not happen again after introducing a ban on cruise ships docking anywhere in NSW.