Carnival Cruise Line has announced plans to gradually resume cruising in Australia from September 1, and even earlier in North America following months of halted operations due to the coronavirus pandemic.

The cruise line, which is the parent operator of the ill-fated Ruby Princess ship, said Australian cruises between June 19 to August 31 will be cancelled.

A spokesperson for the cruise line said some voyages will begin on August 1 or soon after in North America, with eight ships setting off from Galveston, Texas; Miami; and Port Canaveral, Florida. A majority of customers can easily drive to those ports, the company noted. Those cruises would sail to destinations including the Bahamas and Cozumel, Mexico, according to Carnival’s website.

“We are committed to supporting all public health efforts to manage the COVID-19 situation,” Carnival Corporation said in a statement.

RELATED: Ruby Princess debacle was ‘like the Wild West’

“We are taking a measured approach, focusing our return to service on a select number of homeports where we have more significant operations that are easily accessible by car for the majority of our guests.”

Carnival said its operations from Australian markets that will be cancelled include planned sailings from Vancouver to Honolulu on September 25 and Honolulu to Brisbane on October 6.

Carnival Cruise Line said it is still determining what specific measures it will take to prevent future outbreaks once it resumes sailing.

“We continue to engage with the Centers for Disease Control and government officials at a variety of levels about new protocols we would implement prior to a return to sailing,” the company said.

“We will also be in discussions with officials in the destinations we visit.”

Tara Smith, a professor of epidemiology at Kent State University’s College of Public Health, said she’s not sure how cruising can be done safely. Even with reduced capacity, she said, ventilation systems can still spread droplets through enclosed spaces.

“Everything would still have to be distanced,” she said.

“Dancing, concerts on board, other types of entertainment? Doubtful. Pools? Probably overcrowded. Dining? No idea how they’d do it.”

Carnival said passengers will get refunds or vouchers for future travel if their cruises are cancelled.

The announcement from the cruise liner comes as the Special Commission of Inquiry into the Ruby Princess cruise ship resumed on Tuesday, investigating how coronavirus spread on board the ship and why passengers were allowed to disembark in Sydney.

The ship has been linked to more than 20 coronavirus deaths and 600 infections across Australia.

Carnival Cruise Line has 27 ships and transported 5 million passengers last year. Other cruise companies are also making plans to return to service. Royal Caribbean says it intends to resume at least some sailings on June 12, while Norwegian Cruise Line plans to restart some operations on July 1. Cruise companies have taken a huge hit from the coronavirus pandemic, which stranded some ships at sea with sick passengers and crew. A month after the no-sail order went into effect, the Centers for Disease Control said it knew of at least 15 ships with crew still on board showing symptoms of COVID-19.

Carnival Cruise Lines halted new sailings on March 13th, and initially expected to be able to sail again on April 10.

Is it worth visiting after the bushfires?

Worst thing to buy before you fly 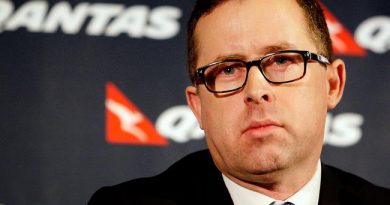