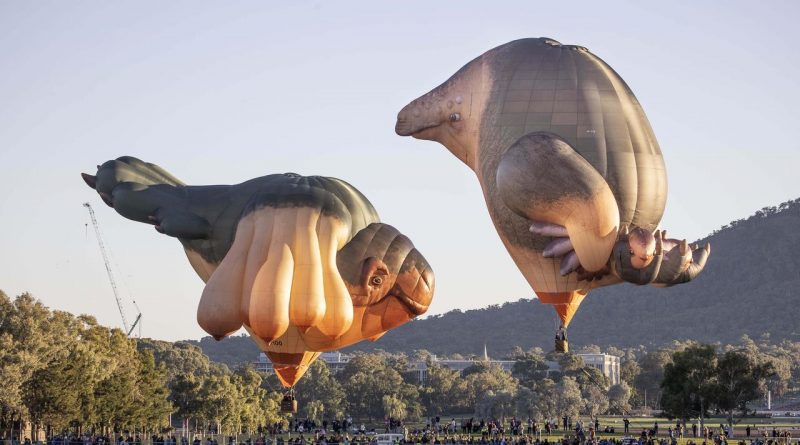 Unfavourable winds have delayed the flight of a new power couple of hot air balloon sculptures.

Canberrans gathered before dawn on Sunday to see the launch of the iconic Skywhale and her new partner, Skywhalepapa.

But unfavourable winds meant the 30m high structures were unable to be let loose across the ACT sky.

The Skywhales, designed by artist Patricia Piccinini, did not get clearance from air traffic control to takeoff because of the direction the wind was blowing.

The balloons needed an easterly wind to take off but the morning’s gusts were coming in from the west, which would pushed them towards Canberra airport.

They at least provided a spectacular backdrop for selfies while they were anchored to the ground although they did manage to launch about 30m into the air.

The sculptures were officially unveiled on Sunday outside the National Gallery of Australia in Canberra’s Parliamentary Triangle.

After three flights across Canberra, the balloons are to take a two-year national tour across the country, including to many regional centres.