A social media employee with British Airways has been praised for her witty response to a customer who tried to shame the airline for delaying her flight because of a failed passport signature.

A customer took to Twitter to publicly complain to British Airways about being refused entry onto a plane because her passport wasn’t signed.

“FFS @britishairways flight is 25 mins late because the first officer was stuck in traffic to the airport,” the disgruntled passenger wrote.

“Despite that, gate staff refused to let me on the flight because my passport wasn’t signed. So instead we held up the queue for another 5 minutes while I practised my signature.”

The passenger went on to explain that she hadn’t realised a certain page required a signature but didn’t understand why the already delayed line had to wait even longer for her to sign.

But instead of an apology, the airline responded with the following choice words.

“There are times when we have to accept responsibility for our own actions,” the tweet read.

“If you’d signed your passport when you received it, this wouldn’t have become an issue. Angela.”

The airline worker’s sassy response received a mix of celebration and criticism – with some applauding “Angela” for her shade, while others viewed the response as the “rudest customer service” they’d ever witnessed.

“Well, that told you!” another added. “As a cabin crew member myself, I love that Angela is standing up for her crew!”

Others, however, saw the tweet as a lack of respect and poor handling of a complaint.

“Wow. That’s an awful apology,” one said of Angela’s tweet.

“Goodness. This is about the rudest customer service response I have ever seen. Awful!” another added. 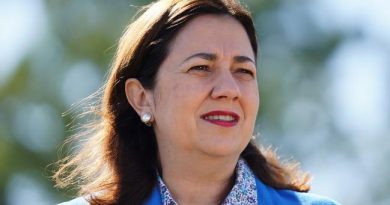