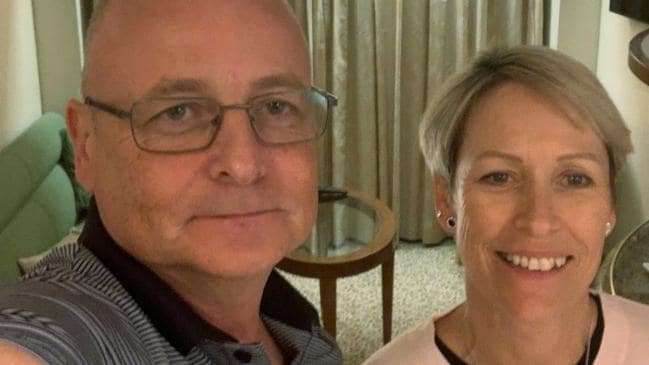 A Queensland couple on the coronavirus-stricken cruise ship off Japan say they are frightened as they anxiously wait out a 14-day quarantine period.

Paul and Jacqui Fidrmuc will spend 12 more days in isolation on the Diamond Princess moored off Yokohama, Japan.

Twenty people — including two Australians — on the ship have already been confirmed as having coronavirus, as the rest of the 3,700 passengers and crew wait to see if symptoms develop.

The Fidrmucs told AAP they are learning more from the media about the situation than they are from the cruise company.

They said their medical testing — which they passed — took only one minute and now it’s just a matter of waiting for the quarantine period to pass.

“The concern we have is we might have the virus and we don’t have the symptoms,” Mr Fidrmuc said today.

“It’s a frightening situation but it is not a disease where if you get it, it’s certain death. You just have to be lighthearted about the whole situation.”

Authorities say the Diamond Princess outbreak can be traced to an 80-year-old Hong Kong man who disembarked the ship last month.

Passengers are now forced to stay in their rooms for two weeks.

“We have heard recently they might let us out to walk around but that is only a rumour,” Mr Fidrmuc said.

“We have all of the trimmings of a nice hotel room. We feel for those in interior rooms with no window.”

Earlier, the couple told Nine they were staying optimistic.

“We are just kind of sitting tight really,” Jacqui said.

“It’s a little bit daunting. But look, we can’t do anything … We are good strong healthy people and we’ve got good immune systems and fingers crossed that … we can fight it off.”

Another passenger, American novelist Gay Courter, said the vessel docked in the port to take on supplies, with food delivery to rooms very slow.

“It’s surprising how the ship that was turning out 5000 gourmet meals three times a day has found it difficult to deliver sandwiches and one hot meal. Where did they put the escargot and sushi?” she told Reuters.

Coronavirus first emerged in the city of Wuhan in China in December and has so far killed 492 people.

The total number of coronavirus patients in Japan is now 45.

Test results on 171 people from the cruise ship are still pending.

The 10 new cases included four Japanese, two Americans, two Canadians, one person from New Zealand and one from Taiwan. Two Australians were among the first 10 confirmed cases on the ship. 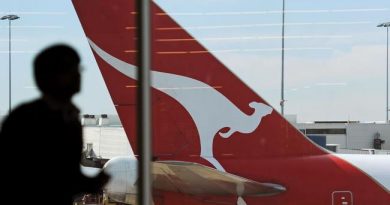