Australia is suspending its green zone travel bubble with New Zealand for at least 72 hours out of an “abundance of caution” over a highly infectious strain of COVID-19.

Health Minister Greg Hunt said the federal government had received advice from the Australian Health Protection Principal Committee of a “significant case of concern” in New Zealand regarding the South African variant.

“The possibility that that may lead to a transmission event, and out of an abundance of caution, the AHPPC has recommended to the government … that there should be a suspension,” he told reporters on Monday.

“This will be done out of an abundance of caution whilst more is learnt about the event and the case.”

“Anyone who has arrived into Australia on a flight from New Zealand on or since January 14 is asked to isolate and arrange to be tested, and to remain in isolation until they have a negative test,” he said.

“We apologise to those who may be inconvenienced. This has been taken on the basis of strong, clear, immediate medical advice.”

Deputy chief medical officer Michael Kidd said authorities were advised on Sunday about a New Zealand case of COVID-19 involving a person who had completed hotel quarantine in Auckland and developed symptoms a few days later.

But it was only revealed on Monday that the person had contracted the highly contagious South African strain.

“The infected person visited at least 30 locations,” he said.

“This new variant is more transmissible and presents a heightened level of risk.”

Professor Kidd said there were two green zone flights from New Zealand that were due to travel to Australia later on Monday.

It is not yet clear how many people have arrived from New Zealand since January 14.

Asked if there were concerns that some variants had a longer incubation period than 14 days, Mr Hunt said the advice coming from New Zealand authorities was that it was probably an infection that occurred while the person was in quarantine.

“We’re waiting for further advice from the New Zealand authorities on that,” he said.

“We are concerned about these variants.”

He also described New Zealand as a global success story and said Australia would not usually suspend travel as a result of one case.

“We have the absolute highest belief in the quality and the ability of New Zealand to contact trace,” Mr Hunt said.

“It’s just the combination of the transmissibility of the variant and the circumstances of the particular case … which led the AHPPC to give us categorical strong, clear, unanimous advice.” 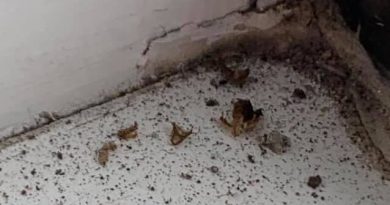 Weeks of complaints led to evacuation